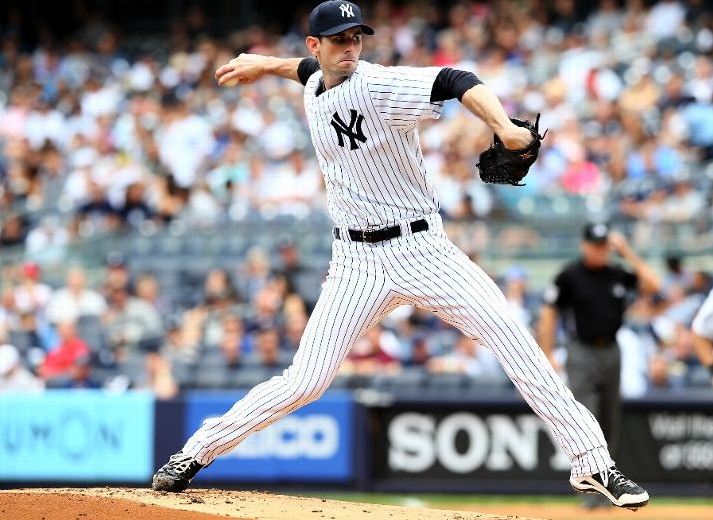 Well it wasn't a break from the norm.  The Yankees didn't score a lot of runs, didn't full capitalize on the scoring chances they created, and had to hold on for dear life for the win.  But they did so successfully and got the win they needed to open the second half.

- The Yanks need more from their trio of FA hitters and they got it last night.  Brian McCann drove in a run in the 1st with a 2-out double, Carlos Beltran singled in the second run in the 3rd, and Jacoby Ellsbury cracked a 2-run home run in the 5th to account for all the scoring.

- David Phelps outpitched Mike Leake, giving up 3 runs (only 2 earned) in 6.2 innings of work, walking 1 and striking out 7.

- When it was time to go to the 'pen, Joe didn't mess around.  Dellin Betances took the ball from Phelps and got 5 consecutive outs with 3 strikeouts to bridge to the 9th and D-Rob wrapped up his 24th save with a scoreless 9th.