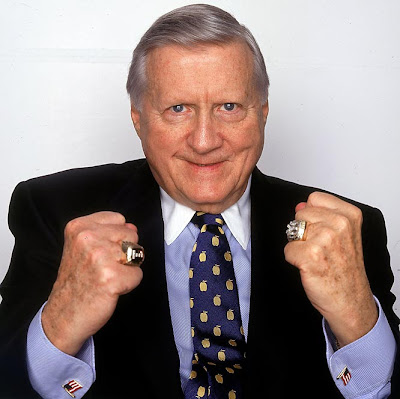 Those who truly know Steinbrenner, either personally or professionally, would probably tell you that many of the horror stories you hear about him were not a true representation of who he was as a person.  And there are many stories of his loyalty and generosity to those around him and to charitable organizations.  Steinbrenner was no cartoon villain, he was a human being, with flesh and blood and a heart as big as anyone's.  And he put every ounce of energy into building the Yankee organization back up into what it is today.  The Yankees organization and every Yankee fan and player since 1973 owes a great deal of gratitude to George Steinbrenner for what he did and what he brought to them.  He was and is one of the greatest Yankees of all time and he will be greatly missed.
Posted by Unknown at 2:07 PM No comments:

More On The Boss' Passing

Here's the best of some of what's already out about the passing of the greatest owner in the history of professional sports:

- Jason at It's About The Money... has a collection of The Boss' greatest quotes.  Some are humorous, some are heartfelt.  All of them capture what George was all about.

- Chad at LoHud has some details on Mayor Bloomberg's comments on George's passing.

- William Nack wrote a wonderful piece on George's life for ESPN.com, covering everything from his upbringing to his colorful history as the Yankee owner.  Truly the best retrospective I've read so far today.

I'll be back later today to pay my literary respects...
Posted by Unknown at 11:10 AM No comments:

Statement From The Steinbrenner Family 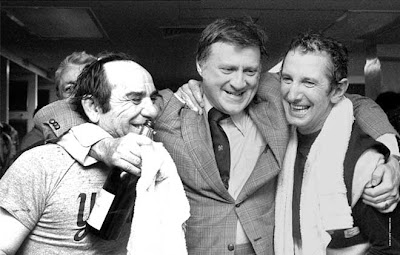 “It is with profound sadness that the family of George M. Steinbrenner III announces his passing.  He passed away this morning in Tampa, Fla., at age 80. He was an incredible and charitable man. First and foremost he was devoted to his entire family – his beloved wife, Joan; his sisters, Susan Norpell and Judy Kamm, his children, Hank, Jennifer Jessica and Hal; and all of his grandchildren. He was a visionary and a giant in the world of sports. He took a great but struggling franchise and turned it into a champion again.”

So there you have it, Yankee fans.  He's really gone.  Even though it was common knowledge that The Boss wasn't doing well over the last couple years, it still doesn't seem real to think about him actually being gone...
Posted by Unknown at 9:44 AM No comments:

Steinbrenner Passes Away At 80

According to a Daily News report, George Steinbrenner died at 6:30AM this morning in Tampa.  Apparently he was rushed to the hospital last night after suffering a massive heart attack and doctors could not revive him.

More to come on this sad story...

** UPDATE- 9:05AM**- According to the NYT's Ben Shpigel, the Steinbrenner family has confirmed the death.
Posted by Unknown at 9:00 AM No comments: