As is starting operating procedure in the AL East, the Fraud Swax had to respond to the Yankees' blockbuster moves on Friday night.  Honestly, I don't understand it either.  Sooner or later this whole "anything you can do, I can do BETTER" routine from them has to stop, but I digress.

What really fries my brain on this one is the fact that the Sawx actually got started on their comeback move BEFORE the Yankees even made their moves.  That's right.  Almost a whole week in advance.  I'm talking, of course, about the masterful steal of a deal that is the Aaron Cook Spring Training invite contract that the Fraud Sawx signed him to on January 8th.  That stroke of brilliance is enough to stand on its own merit, but when paired with yesterday's announcement of a Vicente Padilla signing, well it's damn near enough to disrupt the space/time continuum.

Well there you go, the numbers tell the whole story.  You wanna know what I think?  I think the Fraud Sawx "probably" upgraded their rotation for 2012.  They'll at least have 5 guys in the rotation now, won't they?  That has to be considered an improvement. 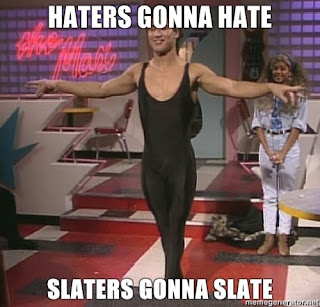 The immediate impact of Friday night's blockbuster moves by the Yankees are obvious and significant.  Their 2012 rotation has been drastically upgraded by the additions of Michael Pineda and Hiroki Kuroda, and the starting lineup currently has a glaring hole at DH.  The DH situation and its potential solutions are already being discussed in detail, so no sense in re-hashing that.  What hasn't been talked about a whole lot yet is the reverberations of this trade that can be felt throughout the entire 25 and 40-man rosters.  The addition of Pineda and Kuroda combined with the loss of Jesus Montero and Hector Noesi lays the groundwork for some interesting possibilities heading into Spring Training.  Possibilities such as...

With Montero heading to Seattle, the Yankees are left with Francisco Cervelli as their lone backup catching option.  While that's not the worst thing in the world from a backup standpoint, we've all seen what happens to Cervelli's production when he's forced into everyday duty, and Russell Martin is not exactly a pillar of health.  Enter Austin Romine.  Still a Top 10 prospect on almost everybody's list, Romine got a taste of the Majors at the end of 2011 and was expected to be the full time catcher for Scranton/Wilkes-Barre in 2012.  But with Cervelli being what he is, the Yankees will certainly invite Romine to camp and could give him a real shot to win the job.  The ZiPS projections for Romine in 2012 (.252/.300/.364, 74 OPS+) are almost identical to Cervelli's (.255/.321/.343, 75 OPS+), and with very limited Major League experience, the short and long-term ceiling for Romine is higher than it is for Cervelli.  Early in the offseason Cash was signaling that he was looking to move Cervelli.  Even with one less catcher in the fold, an emergence by Romine could steer Cash's thoughts to that option again.

2) More Eduardo Nunez in the lineup

We all have our ideal guy in mind, but I think the most likely scenario for filling the void at DH is a L/R platoon with Player X and Andruw Jones.  And I think with that scenario comes the understanding that both A-Rod and Jeter are going to see more time at DH this season, which is something that has to happen if the Yankees are going to keep these two important, and expensive, pieces of their lineup healthy and on the field as much as possible in 2012.  With the Yankees failing to come to terms with Hiroyuki Nakajima, Eduardo Nunez will again be looked at to play caddy to the left side of the infield on their DH days.  That might be a frightening proposition for folks with tickets in the first few rows behind first base at The Stadium, but Nunez is the best option in house right now and the Yankees still seem committed to getting him more playing time.  He can hold his own with the stick, and after gaining some valuable experience in his 338 plate appearances in 2011 he could improve this year.  Some slight adjustments to his throwing mechanics to cut down on the errors and perhaps we saw that WAR number get into the positives for Nuney.

3) The Return Of "5th Starter Roulette"

I wouldn't say it's every Yankee fan's favorite game show, but it's at least better than "Minute To Win It," right?  Previous winners include Phil Hughes in 2010 and Freddy Garcia in 2011, and both of those gentlemen will return to defend their titles in 2012.  It would have been nice to not have to play this game in Spring Training for the third year in a row, and with the way the rotation was constructed prior to Friday night the Yankees most likely wouldn't have.  But I think the additions of Pineda and Kuroda to form a strong front 4 with CC and Nova is a fair tradeoff for us having to endure this pseudo-drama for another year.  A.J. Burnett could even sneak in as a dark horse candidate if Cash doesn't move him prior to camp opening.  Strong cases for all three contenders have already been made, but it will be their performance on the hill that determines the winner.

And whoever ends up on the losing side of "5th Starter Smackdown" will get tossed into a pool of candidates, likely as the early favorite, for the longman job in the bullpen.  Based on the Yankees previously committing to using Hector Noesi as a starter in 2012, the two names that stick out here are Rule 5 pick Brad Meyer and D.J. Mitchell.  Given Joe's preference for arms with experience (hi, Luis Ayala!), and the fact that he's more familiar with Freddy, Phil, and A.J., I think they would have a big leg up on the competition.  But to create a competition for a spot, even a minor role like this, is always a good thing in camp.  At least make the guys earn their keep.

5) Vacancy At The "Triple-A Rotation" Inn

Well maybe not a vacancy, but certainly no overcrowding.  With Noesi, the Scranton/Wilkes-Barre Yankees were looking at 6 guys for 5 spots in their rotation in 2012 as ManBan, Betances, Adam Warren, David Phelps, and the aforementioned Mr. Mitchell would also be in the mix.  Without him, the remaining five fit in nicely, assuming the Yankees keep Mitchell in the rotation, which would be the smart move to start the year if/when the loser of the 5th rotation spot battle slides into the long relief slot in the Major League bullpen.  And even if they don't, at least now the Yankees aren't forced into making any decision with this group of young pitchers because of lack of roster space.  Everybody has a place in the rotation and they can continue to pitch and develop without worrying about whether or not a bad outing or two would cause them to lose their spot or have their role changed.  The worst thing you can do to a young pitcher is constantly alter his routine and approach, something the Yankees are all too familiar with (see: Chamberlain, Joba).  At least now they don't have to do something like that to accommodate somebody else.

Certainly nothing sexy here, that's for sure.  But it goes to show how far-reaching these big trades can be.  Four days ago, we could almost name what the entire 25-man roster would look like and what each guy's role would be before Spring Training even started.  Now?  Not so much, which brings added intrigue to this offseason.  The trade changed the Yankee roster in a big way, and it will likely continue to affect that roster right up until Opening Day and beyond.
Posted by Unknown at 9:30 AM No comments: