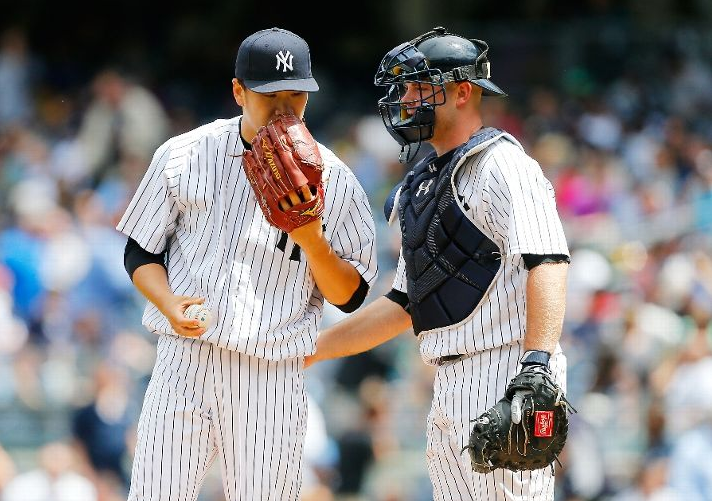 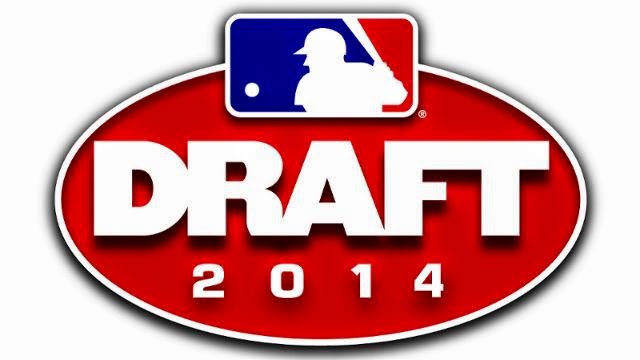 The draft starts at 6 PM Eastern tonight and it'll be a few minutes before the Yankees' turn comes around.  Most of my draft recap and analysis will be coming tomorrow, but if I can hop online later tonight and touch on the Yankees' picks I will.

On Tuesday, I took a painful look at Alfonso Soriano and his middling production this season.  He's been a major drain on the middle of the order and even more un-productive than Brian McCann, and it looked like it was attributable to nothing more than him being old and losing bat speed.  On that same day, Matt Bove of IIATMS/TYA also pointed out Soriano's drastic decline in power and spike in strikeouts, which inspired me to dig a little deeper.  Turns out Soriano has a major platoon split this season.  He's got an .805 OPS against right-handed pitching and a .563 against lefties, with more walks and strikeouts against southpaws.

Knowing that Soriano has been getting beaten badly by the fastball this season, is it possible that Soriano is getting a little of the Derek Jeter treatment and being pitched to in a way by righties that exploits his apparent loss of bat speed?

Joe Searching For Some Life On A Lifeless Ballclub

I didn't watch much of last night's game even though I had it on ESPN because the Rangers were obviously the priority, but I did have the Gameday feed up so I followed along enough to know that last night was another in what's become a common theme of Yankee losses.  It was their 4th in a row, 6th in their last 8 games, and the 6th straight game in which they failed to score more than 4 runs.  They scored early, with 4 runs in the 3rd inning, then never scored again as their below replacement-level 5th (4th??) starter and Quad-A middle relief corps slowly and methodically killed the 4-run lead they were given.

In boxing terms, last night's game was like a Floyd Mayweather fight.  The A's were the better team, the Mayweather in the matchup, and they knew it.  Instead of changing their approach, they stuck with what they do best, played their game, and slowly picked the Yankees apart by outclassing them as a baseball team and winning an easy decision.  Outclassed is a perfectly appropriate term here too, because last night the Yankees were outclassed by the A's.  The A's did everything better than the Yankees last night.  There was never any doubt, in my mind, that they were going to come back and win that game the minute Yoenis Cespedes hit his first home run to get them on the board.

Nothing's official yet, and won't be until later this afternoon, but all signs point to Carlos Beltran returning to the Yankee lineup tonight today.  He came through his ExST games without any problems in his elbow, he was on his way back to New York to rejoin the team yesterday, and when asked about his status before last night's game, Joe had this to say:

So as long as Beltran doesn't wake up with pain in his elbow today or hit his funny bone really hard on anything in the clubhouse, he should be good to go.  The Yankees have been on a bad streak when it comes to setbacks, so smart move by Joe not saying anything until he knows Beltran is good to go.

Beltran returning could be huge if he truly is over the pain in his elbow.  There's no way of knowing how long that will last, but with Joe planning to use him as the primary DH he should be able to limit the wear and tear on that elbow.  The more Beltran can give them, the better.

** UPDATE 10:37 AM- Beltran has indeed been activated, with Scott Sizemore getting sent down, and is batting 5th in today's lineup as the DH. ** 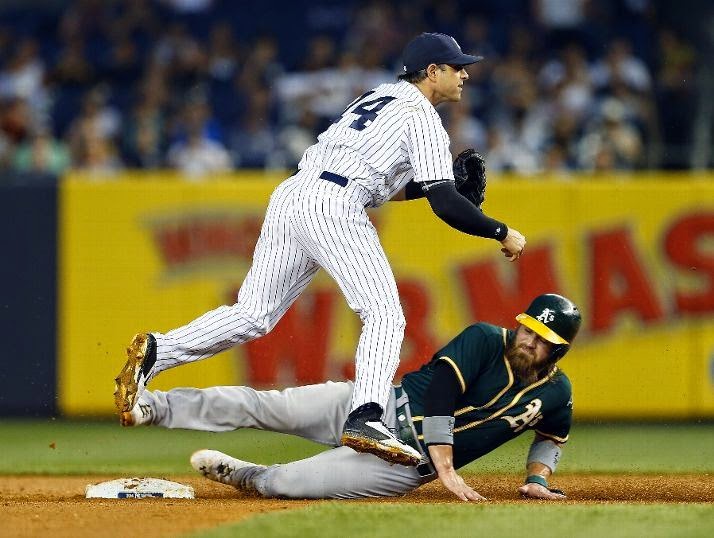