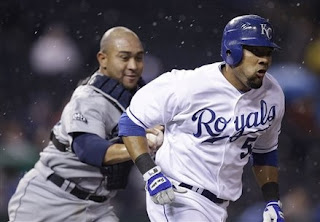 P.S.- What are the odds Sterling delivers a "THE MELKMAN DELIVERS!!!" call if Melky manages to homer during the series?
Posted by Unknown at 2:39 PM No comments:

I've already checked in on one old friend today, so it only seems fitting to see what our old buddy Wallace Matthews is yammering about at ESPNNY.

"While a lot of Yankee fans have been clamoring for the promotion of Jesus Montero from AAA Scranton to the big club to supplant the struggling Jorge Posada as DH, nobody seems to be noticing that Justin Maxwell is leading the International League on homers (11) and RBI (24). Meanwhile Montero, despite his .354 batting average, has left the park just once and has only seven RBI. Also, Maxwell's .614 slugging percentage dwarfs Montero's .438. Maybe Maxwell's batting average has something to do with it; he is hitting just .238.

But in spring training, Montero bombed out both at the plate and behind it, while Maxwell,acquired from the Nationals in a trade of minor-leaguers, nearly made the final cut as a reserve outfielder."

Wow.  Even by Wallace's incredibly low standards, this is just horrible.  I don't even know where to start, so I'll just dive right in with some bullet points.

- Justin Maxwell is a 27-year-old who has played a total of 122 Major League games in his career dating back to 2007.  He has essentially reached his ceiling.

- Jesus Montero is a 21-year-old who has yet to play in the Majors, but is ranked as the #3 overall prospect in baseball, has been compared to the likes of Manny Ramirez and Miguel Cabrera, and his ceiling is unknown right now, but much higher than that of Maxwell.

- Jesus has never had a BABIP below .319 in his MiL career, and this year his BABIP currently sits at .407.

It's really quite simple when you look at it.  Justin Maxwell can't hit and Jesus Montero can.  Maxwell's career numbers, if you care to check, are a testament to that fact.  The guy has never been a big contact guy, has always been a big strikeout guy, and his numbers this season are completely in line with those trends except for this power boost.  That type of power, impressive as it is, will almost certainly not be sustained by Maxwell given his makeup.

Montero, on the other hand, has established himself as a consistent hitter who makes a lot of contact, makes solid contact, and can hit for power.  That's why he is the high-level prospect that he is, because he's a well-rounded hitter and he's a well-rounded hitter at an age where most guys are still trying to figure out how to hit offspeed stuff.  With that kind of solid base to work from, one would expect that Montero would be able to make adjustments and benefit from better coaching to become a very good Major League hitter.

Justin Maxwell swings and misses at everything in  Triple-A, so how the hell is he going to make an impact at the Major League level when he's facing Felix Hernandez, Justin Verlander, David Price, Jon Lester, Brett Anderson, Jered Weaver, and Dan Haren on a weekly basis?  Simple answer, he's not.  And that's why he's spent more time in the Minors than the Majors, that's why he's never stuck in a Major League lineup, and that's why nobody is clamoring to call him up to replace Jorge.

Get a clue, Wally, and look at more than just the HR and RBI columns the next time you try to statistically support an argument. 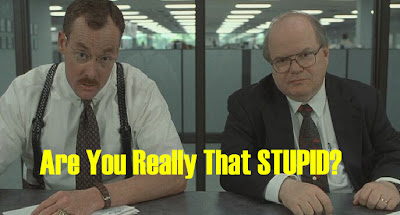 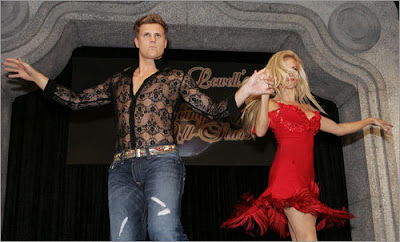 Good talking to you, chief.  Keep up the bad work.  Let me know when you guys and your scrappy $163 million payroll get back over .500.
Posted by Unknown at 8:02 AM No comments: