Just like last year, I'll be traveling to good old Baltimore (recently voted 8th most dangerous city in the US.  SCORE!) for the NCAA Lacrosse Championships this weekend.  That being the case, my updates on the site could be few and far between over the next 4 days.  So to tie you, dear readers, over until I make my gallant return, here's another hot lap around the Yankosphere.

- 3460kuri of Pinstipe Alley wonders why Joe continues to platoon Brett Gardner against lefties when the numbers suggest he shouldn't. As usual, you can't argue with the numbers. But you can argue with Joe's logic. What else is new?

- Larry Koestler of TYA breaks down Nick Swisher's awful start to the season from pretty much every angle. I'd say a little more luck and a little less swinging at bad pitches should help the situation, no?

- Matt Warden of TYA has a hilarious flow chart that perfectly lays out where to point the finger when the Yankees lose.  I imagine most of the typical Yankee callers into WFAN have this printed out and hanging up somewhere in their homes already.

- Jay Jaffe of Pinstriped Bible looks at how Buster Posey's unfortunate situation could affect the Yankees' plans with their horde of catchers.  My favorite part was when he mentioned trading Cervelli.

- Mike Axisa of RAB has top prospect Slade Heathcott's K and BB rates charted out for his pro career to date.  Lot to like there.

- Speaking of prospects, Tamar Chalker of IIATMS has a new prospect profile on Adam Warren.  If he keeps pitching like he did earlier this week, Warren could be next in line for a call up when a spot starter is needed.

- First of 2 from William at The Captain's Blog.  This one from Wednesday examines the recent offensive scuffles.

- And this one from yesterday is a trip down memory lane, all the way back to Mariano's first career appearance.  Way to gun that one up to 88, William.

- Last is a recommended must-read to any Yankee fan.  It's David Cone's recent interview with New York Magazine.  In it, he discusses everything from advanced stats to his take on the Jorge situation to his affinity for motorcycles.  David Cone is never not entertaining.

So that's it for today.  Maybe I'll get on a computer to follow up on the weekend series with Seattle, maybe not.  If not, everybody enjoy their Memorial Day weekend.
Posted by Unknown at 1:57 PM No comments: 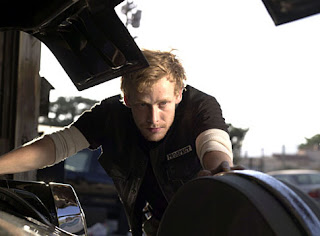 (PROSPECT!!!!)
Everybody knows I love me some Yankee prospects.  But if you read the blog enough, you also know that I don't devote as much time to following the Yankee MiL system as other sites.  Basically that's because I don't have the time or the resources to devote to that coverage, but that doesn't mean I still don't follow the comings and goings of the system.  So here's my belated quick run through of some of the standouts, both good and bad, for each team so far.

Not So Pleasant Surprise- Brandon Laird

After raking in Double-A last season, Laird was a dark horse candidate to make the MaL roster coming into ST in 2011.  He hasn't been able to replicate that success this year, however, hitting just .244/.281/.340 with just 10 XBH so far.  He has been better so far in May than in April, but he still has some work to do to re-establish himself as a serious prospect.

Adam Warren, David Phelps, and D.J. Mitchell have all pitched well in the rotation, with Warren throwing 8 1-run innings in his most recent outing.  Justin Maxwell has 21 XBH and an .885 OPS to go along with his 68 Ks.  The Jesus, while not mashing quite the way we'd all like to see, is still holding his own with a .308/.343/.417 tripleslash.  Kevin Whelan is filling J-Alba's shoes nicely as the closer.

Norton has picked up right where he left out last season, pitching to a 1.88 ERA and 2.37 FIP in 24 innings so far this season, striking out 36 batters.  He doesn't get a lot of ink because of the higher-profile names on the pitching staff, but at 28, Norton is making a name for himself as a potential future relief option.

Not So Pleasant Surprise- Melky Mesa

The kid is still striking out like a mofo, posting a 33.8% K rate so far this year.  Combine that with a .673 OPS and he continues to be a question mark moving forward.