Yankees And Brett Gardner Agree To A 4-Year Extension (UPDATED) 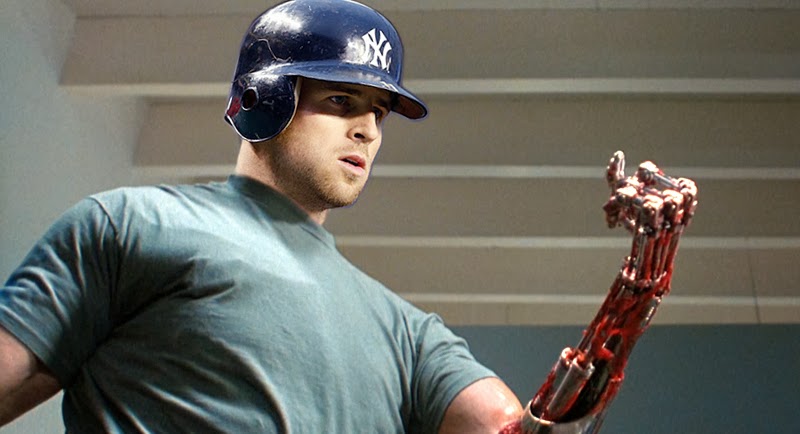 Well here's another deal I didn't see coming.  According to Jack Curry, the Yankees and Brett Gardner are "on the verge" of agreeing to a 4-year/$52 million contract extension.  Curry says the deal includes an option for a 5th year at $12.5 million and a $2 mil buyout.  The extension does not include this season, so it starts in 2015.

** UPDATE 12:53 PM- Multiple beat guys have confirmed Curry's report and Curry says Gardner will speak to reporters in about 10 minutes.  Sounds like this is all but a done deal. **

** UPDATE 1:02 PM- Via Dan Barbarisi, Gardner calls the extension "the biggest decision I had to make in my life."  There you go. **

More after the jump... 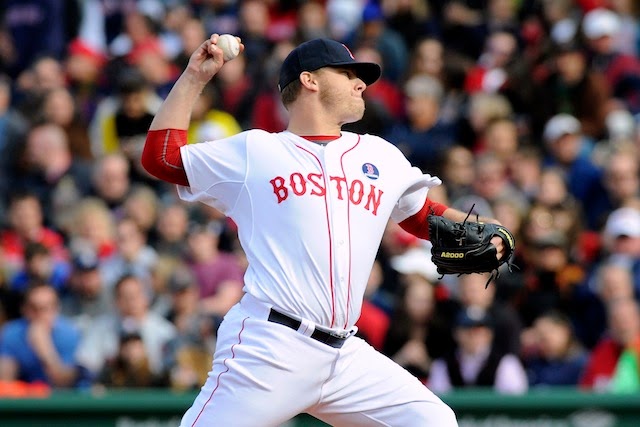 It took long enough, but the Yankees have finally snapped up one of the remaining FA relief pitchers who's coming back from injury.  Via Buster Olney, the Yanks agreed to a deal with right-hander Andrew Bailey yesterday.  It's a minor league deal with incentives that could make it worth $2.5 million and it also includes an option for 2015.

Bailey, 29, is a former Red Sock and Oakland A's closer who has spent the better part of the last 2 seasons battling shoulder and thumb injuries.  He had surgery to repair a torn labrum and shoulder capsule last July, so he likely won't be ready to contribute until mid-summer at the earliest.  While he's only thrown 44.0 inning over the last 2 seasons with Boston, Bailey did go 75-84 in save opportunities with a FIP in the mid-to-high 2.00s and 4.3 fWAR in his first 3 seasons in Oakland.

This signing follows a trend the Yankees started a few years ago with David Aardsma and again last year with David Herndon.  They probably won't get much from Bailey this year in terms of meaningful innings, but if he makes a full recovery he could be a steal for 2015. 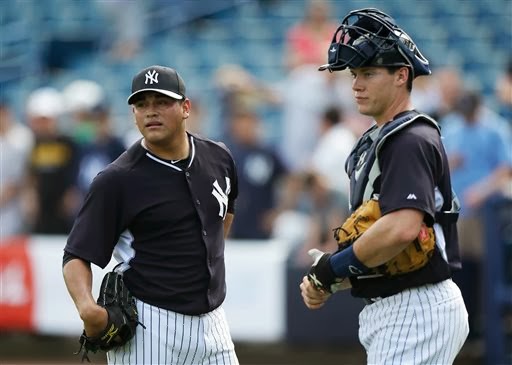 - David Phelps became the first pitcher to graduate to sim games yesterday.  He threw one in the morning to a handful of MiL hitters.  Looks like he's the early favorite to start next Tuesday's first ST game against FSU.

- The top name throwing BP was Manny Banuelos.  Joe watched him pitch and said he was happy with what he saw.  Other BP pitchers included Matt Thornton, Shawn Kelley, and Matt Daley.

- The major injury of the day, and the first of camp, was Tyler Austin's latest wrist setback.  He's hoping to only miss a few days.

- Other injury/health issues include: Alfonso Soriano's lingering flu, Nik Turley's arm tightness, and a small calf issue for Jim Miller.  All 3 were held out of team activities yesterday.