Freddy And The Jesus Cement Their Postseason Roster Spots Tonight 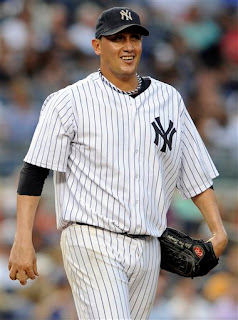 (Probably your Game 3 ALDS starting pitcher.  Courtesy of the AP)﻿
If there was any doubt that Jesus Montero and Freddy Garcia were going to play prominent roles in the Yankees' postseason plans, I think both of them ended that today.

The Jesus went 3-4, just a triple short of the cycle, with 2 runs scored and 4 driven in.  He absolutely owned Jon Lester in his first 2 at-bats and continues to show the plate discipline and ability to hit to all fields way beyond what he should rightfully be able to do as a 21-year-old.  I still say there's no reason why he shouldn't be penciled in as the DH every single game.

Freddy rebounded nicely from his recent struggles with 6 shutout innings against a decent Sawx lineup.  He allowed some hits, but all singles, and only walked 1 batter.  He mixed his pitches nicely and showed that he's more than capable of handling a postseason start.  I wouldn't be surprised if Joe dropped him the 3-slot behind Carsten and SuperNova and just went with those 3 for the ALDS.

One more win and the Yanks have homefield advantage through the AL postseason.  Plenty of opportunities to lock that up with the doubleheader tomorrow.
Posted by Unknown at 10:57 PM No comments: 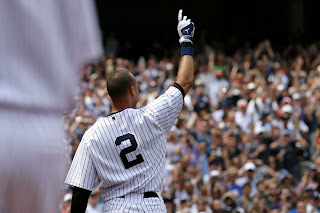