Thinking About The 2013 Batting Order

I know a lot of people are going to say it's way to early to start talking batting orders for next season, what with there still being a solid 2 months left in the offseason and the Yankees possibly being without a couple key members of their everyday lineup when the regular season starts on April 1st.  But I don't see it that way.  Injured or not, Derek Jeter and Alex Rodriguez are going to be part of the everyday lineup when they do return, and with the signing of Kevin Youkilis and the pending signing of Ichiro Suzuki, the starting 9 for 2013 is all but intact.

The lineup next year is going to be flush with platoon bats, which likely means a lot more of the lineup juggling that we started to see late last season.  The presence of Youkilis and return of Brett Gardner should bring back some of the classic Yankee "grind it out" at-bat tactics, but the middle of the order has lost some of its luster with the injuries and natural decline of A-Rod and Teix.  Even without a good everyday catcher, there is still the potential for the Yankees lineup to be relatively deep and dangerous next season, but a lot of things are going to have to turn around.  After the jump, check out my preliminary ideas for next season's batting orders. 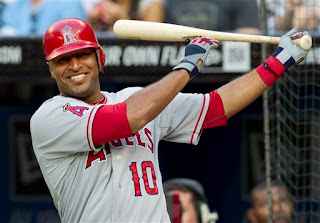