Is There Trouble Brewing In The Front Office 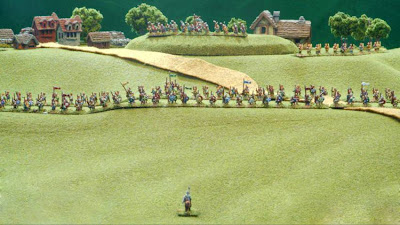 (Is this the battle Cash might be getting ready to fight?)
The worst part about the Soriano signing last week was the multiple reports coming out that the signing was "ownership driven."  Anybody familiar with the Yankees over the last 10-15 should have shivers running down their spine from reading that phrase.  It's no secret that the Yankees of the late 90s and early 2000s were successful because of their ability to draft well and build up internal talent, sign free agents who fit the system they had in place, and make shrewd trades to add guys where they were needed.  The Dark Ages of the mid-2000s were the result of ownership, specifically Mr. Steinbrenner, demanding that certain guys be added based on name recognition and past performance and the results spoke for themselves.

The return to prominence over the past few seasons has been the result of Cash finally being granted autonomy in the personnel decision-making department in 2005 and the team getting back to what made them successful in the past.  A re-dedication to developing the farm system, making smart trades like the Swish and Kerry Wood pickups, and bringing in guys who were still in the primes (CC, Teix, C-Grand) have gotten the team back to the top of baseball and within 2 games of consecutive World Series appearances.

The point here is that when the ownership group keeps their nose out of on-field decisions, the team thrives.  The 2 times we have seen them interfere were the A-Rod re-signing in '07 (which looks like it could turn into a horrible contract if The Horse keeps throwing shoes) and the recent Soriano signing last Friday.  It's almost as if the contract handed out to Soriano was a panic reaction to the Yankees not signing Cliff Lee and the continued questions about the weak back end of their rotation.  If that is the case, then that makes the signing even more questionable than it already is.  It's not like Cash didn't do everything in his power to sign Cliff Lee.  Lee made the decision that he would rather play for somebody else.  Cash shouldn't be punished by Hank or Hal or Randy Levine because their prized target didn't sign by having his decision-making authority taken away from him a week after he declared his position on the matter.

Each time I have to read about somebody in the front office pushing for a certain player, it makes me feel bad for Cash for the way he gets dicked around.  Especially in this case, when he was dead set on sticking to his plan and then had that plan taken away from him by those above him in the front office.  It worries me that the battle lines between Cash and the ownership could form again, especially if the Yankees struggle out of the gate with what will in all likelihood be a weak starting rotation.  It also worries me that this incident or another one like it will re-ignite the talks of Cash leaving when his contract is up.  He might not be the best GM in baseball, but he's easily in the top 5, and under his guidance right now, the Yankees are set up to be successful in the present and in the future.

If you give the guy full control over player personnel decisions, stick by that decision and let him run the team.  The players and manager have enough to worry about when it comes to the on-the-field stuff.  The last thing they need is to be flooded with questions from the media about the front office.
Posted by Unknown at 3:43 PM No comments:

Does Anybody Know What's Going On?

The Yankees are the leading candidate to get Andruw Jones.  A deal is almost in place.  But they're battling him on his asking price.

Jesus Christ, does anybody ACTUALLY know what's going on with the Yankees and Jones?  If not, then please just shut the fuck up because between losing Cliff Lee when they were the supposed front runners and the ongoing Andy Pettitte situation, I've had about all I can take from "sources."  If the guy signs, report the deal and give me the details.  Otherwise be fucking quiet!

P.S.- If the Yanks are actually picking nits about money on the deal then I'm going to be pissed.  Give the dude 1 year and $ 2 mil with incentives and call it a day.  There's no reason to hold out hope (and money) that Andy is coming back.  Move on without him and spend to address the roster holes appropriately.
Posted by Unknown at 12:42 PM No comments: