Projecting Michael Pineda As A Starter In 2014 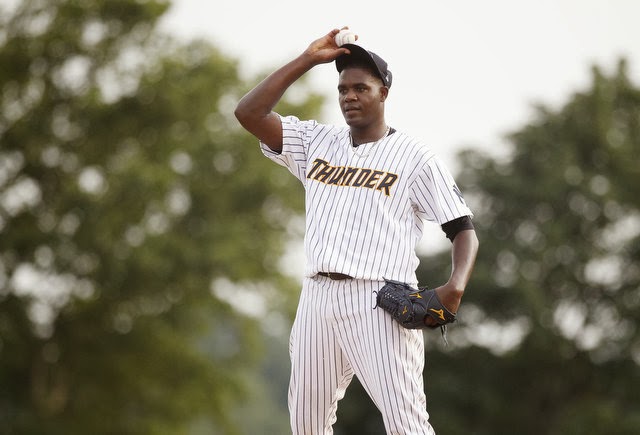 After 1 failed trade and 2 lost seasons, it appears as though the Yankees will finally get to see what Michael Pineda can do in 2014.  Actually, it might not be what he can do so much as they'll at least get to see him throw a pitch in a regular season game.  The shoulder injury suffered in 2012 may have taken away enough of what Pineda had to prevent him from ever being the pitcher he was or becoming the pitcher he could have been.  The Yankees certainly treated him as carefully as possible in his rehab from the injury to increase the chances of him making a full recovery.  They placed him on strict pitch count limits last year in the Minors and shut him down early after he reportedly felt some stiffness and soreness in the surgically-repaired shoulder late in the summer.  Still, there's no way to know what type of pitcher he's going to be moving forward until he's back out competing on a Major League mound.

The Yankees have built up a pretty solid cadre of platoon pieces for their various positional needs in 2014.  They have options at second and third base, though better and more permanent full-time ones are still desired, they have multiple guys capable of playing shortstop, and they have the outfield and catcher spots stacked with depth on the current 40-man roster.

One position of need they've yet to address is a backup for Mark Teixeira at first base.  According to him he's almost back to 100% physically, and he's still a very important part of the lineup, but he's not expected to be the everyday player he used to be a few years ago.  Because of the continued wrist problems and other health issues over the past 3 seasons, expectations were that Joe would start working in more regular rest and DH days for Teix in 2014.  With the way the roster is present constructed, that's going to be kind of hard to do.

Seriously, look at the 40-man and tell me who his current backup is.  Gun to head I'd have to say it's Brian McCann at the moment and he's never played 1 Major League inning at first.  Other options include everyone's favorite defense botchmaster Eduardo Nunez and possibly Vernon Wells, but those options aren't any more appealing than McCann.  While the rotation, 'pen, and third base remain the higher priorities, the Yankees can't forget about adding a viable option to back Teix up at first.  Mark Reynolds, perhaps... 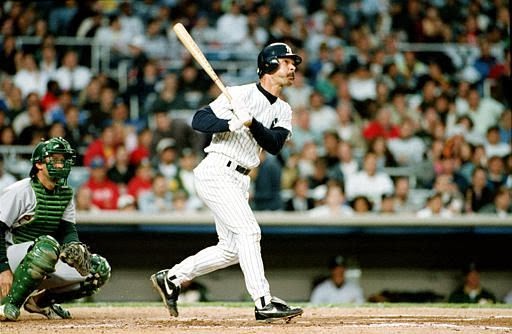 One of the most interesting things I read over the weekend was Bryan Hoch's post on Yankees.com about Don Mattingly and his thoughts on his Hall Of Fame chances.  After 13 years of coming in way low on the voting percentages, Mattingly enters his 14th and second-to-last year of eligibility confident that he won't get enough votes to make it this year.  Coming off last year's vote, when he appeared on just 13.2% of the ballots, I'd say he has every reason to feel that way.

What really stood out to me in the post was how cool, calm and accepting Mattingly was of the fact that he almost certainly will never make the HOF.  Mattingly himself said, ""My first year of eligibility, I pretty much knew I wasn't going to make it or anything.  I don't pay that much attention to it, to be honest with you. It's to the point now where it comes up and you're like, 'Oh, it's over,' and you go on."  Mattingly understands that his injury problems and decision to retire at 34 cost him a chance at accumulating the stats he would have needed to get in and he's cool with that.

Early in December it was reported that the Yankees had checked in on the availability of Reds starter Homer Bailey.  At the time, Brett Gardner was the name thrown out most as a return trade piece and it was easy to see how that trade would benefit both clubs.  Nothing ever came of it, and the Reds aren't exactly flush with capable replacements, yet the trade talk surrounding Bailey continues.  Over the weekend, the latest rumor had the Reds moving him to free up payroll so they could sign another free agent hitter.

If this is the case, the Yankees should definitely call Cincy back and see what they're looking for.  I know they've said they aren't interested in trading Brett Gardner, but they're probably going to lose him anyway after this season and Bailey would be a better player to try to re-sign anyway.  Like I said in my December post on this, Bailey is young (27), proven, and improving in the right areas of his game.  A rotation that includes him and possibly Tanaka would go a longer way towards a better Yankee future than Gardner in the outfield, and this is coming from one of the biggest Gardner fans out there.

If for some reason the Reds aren't interested in Gardner, even better.  The Yanks should be willing to part with a prospect package for a pitcher like Bailey, within reason of course, and the possibility of Bailey, Tanaka, and Gardner all being on next year's roster would make the Yankees a serious playoff contender again.  Whatever the Reds are interested in, the Yankees should be interested in going after Bailey while he's available.