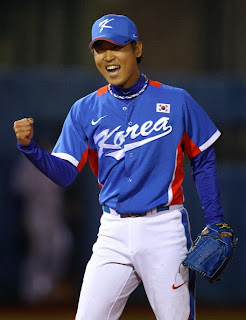 Since Damon Oppenheimer took over as amateur scouting director during the 2005-2006 offseason, here is the breakdown of position players drafted by the Yankees who have made it to the Majors as Yankees:

That's it.  That's the list.  Those 6 players have combined for 172 games played and 443 plate appearances as part of the Yankee Major League roster.  72.2% of those PA were racked up by Romine and Adams this past season.  In those 443 PA, they've produced -1.3 total fWAR.

If you're looking for a major (maybe THE major) reason why the Yankee roster has become so old and brittle and stagnant over the last few years, there it is.  They haven't developed and inserted a single useful everyday position player into their lineup in Oppenheimer's time at the helm of amateur scouting and drafting.  That's influenced some by trades, and in fairness their results with pitchers have been better, but that's still a terrible track record to have after 8 drafts.  Even with those results and even with his mostly miss record in the 1st round, somehow Oppenheimer survived last week's meetings and will be back at the helm of amateur scouting again this year.  Welcome to Bizarro World, folks. 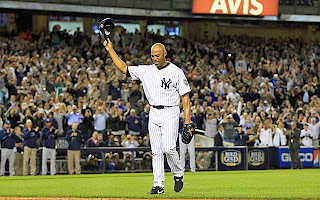 I'm especially proud of this year's predictions.  A step in the right direction for sure, even if it was the prediction equivalent of a wobbly, tiny baby step.  The 2013 season is officially over in my eyes and the associated eyes of AB4AR.  Time to bury it and move on to 2014.

Posted by Unknown at 7:38 AM No comments: