I got nothing again as a lead-in for a second straight week.  Shitty Friday at the office, which is not how Fridays are supposed to go.  Oh well, at least it's payday.  Let's get right to it.  Onto the links!

- On Monday, William Tasker of IIATMS laid out the internal and external options the Yankees have for replacing Nick Swisher in right field.  Spoiler alert: they're both kinda thin.

- Fernando Alejandro of Respect Jeter's Gangster mused on what the Yankees should do with whatever leftover money they have this offseason after their internal crew of "maybes" are hashed out.

- Cliff Corcoran wrote a very introspective piece for Pinstriped Bible about his history as a Yankee fan and blogger and his motivations for stepping away from both this year.  Definite must-read if you're a longtime diehard fan.

- On Tuesday, Chad Jennings of LoHud laid out the landscape of the 40-man roster as we get ready for the offseason to really kick into gear.  Yanks appear to be in a good position, but we'll see what moves they make to protect Rule 5 guys.

- El Duque of It Is High..., inspired by Josh Norris' early leak of the BA Top 10, started to talk himself into jumping on the Slade Heathcott bandwagon.  I don't think he's convinced, but he recognizes the talent.

- Matt Imbrogno of TYA made a case for Angel Pagan as a right field replacement option.  I admittedly hadn't given Pagan much thought, but Matt's making a believer out of me.

- On Wednesday, Mike Axisa of RAB put together the most complete profile on 2012 1st-round pick Ty Hensley I've seen to date.  If you're still not up to date on this kid, use this to get familiar.

- Robert Casey of Bleeding Yankee Blue explained his proposed trade package for Justin Upton, and truth be told, I think it's a good starting point even if the Yankees are really "not in" on Upton.

- On Thursday, Jane Heller of Confessions of a She-Fan reacted to the rumor that Tino Martinez may be in line for the Fraud Sawx hitting coach job.  Funny, my reaction was identical to Jane's.

- SJK of NoMaas wondered if there's more to these $189 million payroll plans than just getting under the luxury tax threshold.  It's a question worth asking with how Hank and Hal have run things.

On Friday, Andrew Corselli of Yanks Go Yard handed out his final grade to Curtis Granderson for C-Grand's 2012 season.  I don't know if it was on a curve or not, but I think it was a fair grade.

- Rob Abruzzese of Bronx Baseball Daily commented on the state of the Yankee bullpen after Cash expressed his level of satisfaction with the group.

For this week's Friday Jam I'm going with an all-time drunken karaoke favorite of mine, "Say It Ain't So" by Weezer.  If you've never belted this song out with at least one friend sometime around bar close, you just haven't lived.  If I could only listen to 10 songs for the rest of my life, this would absolutely get a spot in that group of 10 and it wouldn't even require that much debate to include it. This is just a great tune. 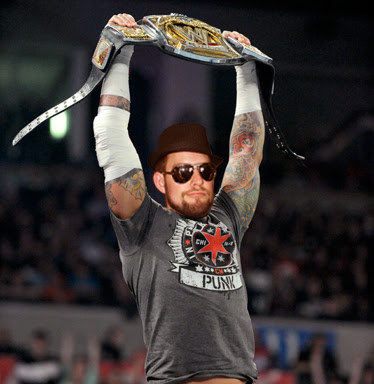 (Not the best in the world in this instance)﻿

I don't pretend to be the smartest cat on the block, even if I do take the opportunity to toot my own horn once in a while when I get something right.  But I actually felt pretty good about my 2012 season predictions back in April when I made them.  I made an effort to read up on other teams and where the rest of MLB stood heading into the season so that I wasn't just a loudmouth Yankee fan/blogger talking out of the wrong hole about the rest of the league.  Well, sometimes even the best laid plans go completely to shit, as you'll see after the jump.  Maybe it'd be better if I just stick to being a loudmouth Yankee fan/blogger...
Read more »
Posted by Unknown at 12:56 PM No comments: 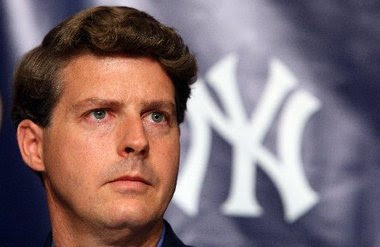 There's been nothing major to come out of the first 2 days of the GM meetings this week, and I highly doubt anything major will come out of today's final day, which is not surprising at all.  These meetings are just the precursor to the bigger meetings in December.  What is a bit surprising is how open the Yankees have been in regards to what they will and won't do this offseason as part of their planned 2014 payroll cut.  Joel Sherman reported yesterday that they would not be willing to offer Torii Hunter more than a 1-year deal, and that despite Justin Upton being back on the trade block and reportedly removing New York from his no-trade list, "the Yankees are not on him."  I'm all for trying to avoid the luxury tax penalty in 2014, but I can't help but think that the Yankees are tipping their hand a little early here and setting themselves up for future problems as they go about filling out their roster for the next couple seasons.
Read more »
Posted by Unknown at 7:26 AM No comments: