Well the good news for Panther fans is that Jake Delhomme only threw one pick yesterday. The bad news is that their team still lost and Matt Ryan outplayed Delhomme, thus dropping the Panthers 2 games behind both Atlanta and New Orleans only 2 games into the season. Tony Gonzalez continued to earn that new parking space at Atlanta's team facility with 7 catches for 71 yards and a TD.

Another workman-like Pee Wee football performance by the Great Favre helps get the Vikings to 2-0. A little-known detail about Favre's contract with the Vikings is that he actually gets paid more in bonuses for every pass under 5 yards he throws. After the first 2 weeks of the season, he has already earned an extra $300,000. Nothing really snappy to say about the Lions; they're performance is a good enough joke in and of itself.

Antwan Odom turned himself from a "Who the fuck is that guy?" to a potential Pro Bowl candidate with a team record-tying 5 sacks in Cincy's upset of the Packers. Green Bay's patchwork line made Odom look like Reggie White, and Rich Gannon, probably still woozy from his career-ending concussion/neck injury, seemed to think Odom actually was White with his endless praise. The Green Bay o-line's putrid performance didn't just end on the field though. After the game, they couldn't even stop a horde of autograph seekers from rushing by them to get to Aaron Rodgers.

It was the Battle of the Johnsons as Houston's Andre and Tennessee's Chris went back and forth trying to see which Johnson would come up bigger in this back and forth game.... Wait, that sounds really gay, forget I wrote that. In any case, both guys were fantasy owners dreams yesterday, combining for 176,594 yards and 285 TDs. After the game, Tennessee QB Vince Young was so distraught at his team's 0-2 start that he thought about killing himself again. Kerry Collins told him to just chill out and have a beer.

Jamarcus Russell finally broke through and had the type of MVP-caliber game his teammates and coaches have been waiting for yesterday as he led the Raiders to victory over their rivals from Kansas City. I'm just kidding, Russell was fucking terrible as usual, and this time is NFL record-terrible. His 7-24 performance marked just the 2nd time since 1997 that a quarterback attempted more than 20 passes in a game and managed to complete less than 30% of those passes. It's that kind of inept play that makes you wonder just how epically bad Darrius Heyward-Bey will turn out to be and makes you wonder even more how this team is a few stops last Monday night away from being 2-0.

Without his security blanket, Wes Welker, Tom Brady looked more like Gisele in his performance yesterday as the Pats fell to the Jets and Charlie Weis/Ron White hybrid fat guy, Rex Ryan. After the game, Ryan called New England coach Bill Belichick and left him a voicemail thanking him for never changing his blocking scheme or blitz pickup strategy in the face of constant defensive pressure from Gang Green.

Kevin Kolb threw his name into the Eagles' QB hat as he put up almost 400 yards and 2 TDs in defeat, proving once again the Donovan McNabb is a terrible quarterback and should be taken out back and shot. Unfortunately, Kolb's performance was no match for Drew Brees, who had another ho-hum 300+ yard, 3 TD passing day. Right now Brees is on pace to throw for 5,728 yards and 96 TDs this season. Think about that for a second.

In what 20 years from now will be known as "The Worst Game Ever Played," the Redskins somehow managed to score more points than the Rams yesterday, thus losing the tiebreaker for the first pick in next year's NFL Draft to St. Louis at the end of the season if both teams end up with the same record.

Has a team fallen farther than the Jaguars over the last 2 seasons? After his team obviously quit on him last year, for some reason upper management decided to bring back Jack Del Rio and the start to this season hasn't been much better. The new uniforms they started the season with don't seem to be helping so maybe they should try something more in accordance with how they play... 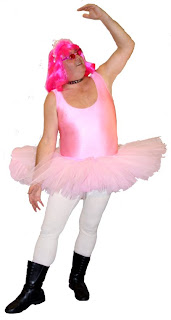 Frank Gore ran for 207 yards on just 16 carries yesterday and after the game graciously donated his game check to the "Seattle Seahawks Run Defense Disaster Relief Fund." In off-the-field Niner news, Michael Crabtree attempted to use this latest win as a bargaining tool, pointing out that the team is undefeated since drafting him and he should be paid accordingly for his impact on the franchise.

Despite another solid performance on the both sides of the ball, Terrell Owens was quick to call out Trent Edwards for only having 97.0 QB rating, Fred Jackson for not rushing for 125 yards, and the defense for only returning one interception for a TD. Fellow wideout Lee Evans wasn't shielded from the verbal tirade either as TO chastised Evans for catching a 32-yard TD pass instead of the 43-yarder Owens caught.

In a hard-fought battle at Soldier Field, Jay Cutler silenced his critics by leading Chicago on two consecutive 4th quarter drives to tie and eventually win the game against the defending Super Bowl champs, outplaying Ben Roethlisberger in the process. Roethlisberger got revenge after the game though, by raping Cutler's mom at the team hotel.

In a game that fans will no doubtedly blame LT for losing, it was actually the Chargers defense that couldn't get the job done yesterday in their loss to Baltimore. Ray Lewis had a vintage performance, racking up 12 tackles and slashing through the Chargers' o-line (something he's quite familiar with) and stopping Darren Sproles for a loss to end the game. Shawn Merriman accumulated 1 tackle and no sacks yesterday, meaning the hardest hit he has this season is still the one on Tila Tequila (yeah, that was back-to-back rape/domestic violence jokes right there; classy stuff here, people).

Less than a week after he was fined 25 grand for his role in the Brett Favre injury report saga from last season, the NFL fined Browns' coach Eric Mangini an additional $25,000 for completely sucking at his job as his team was thoroughly handled by the Denver Broncos. On a positive note, the Browns rebounded from last week's uncharacteristically decent performance to start a new no-TD streak.

Tony Romo predictably crashed back to Earth last night in a big moment as the NFL-record 105,121 people in attendance got treated to a 13-29, 3 interception performance by Romo in Dallas' last-second loss to the G-Men. There was actually more of a concern about Romo's passes hitting the new video screen than any of the punts, but everyone in attendance did agree that Romo looked even better sucking than usual on the large HD screen.

Even without Anthony Gonzalez, the Colts still have plenty of weapons to use against the overrated Dolphins. Peyton Manning, Reggie Wayne, Dallas Clark, and the 2-headed monster of Joe Addai and Donald Brown will be more than enough to match up against whatever 11 guys actually play on the Dolphins defense (seriously, can anybody even name 2 guys on that defense??). Keep an eye out for Colts WR Pierre Garcon, who looks to cement his status as the NFL's premier black-French wideout.


MNF Predictions for the season (winners): 2-0

MNF Predictions for the season (being even remotely close to getting the score right): 0-2
Posted by Unknown at 1:43 PM No comments: