Specifically who will and won't be called up when rosters expand in a couple of days.  There are plenty of potential candidates, some deserving and some not, and some wildcards who the Yankees could choose to bring up if they were so inclined.  For the sake of time and space, I'll break this down as simply as possible.

4 Who Will Get The Call

- Jesus Montero- Pretty much a no-brainer.  The dude has been crushing the ball lately, raising his season line up to .290/.350/.471 with 38 XBH.  He probably should have been called up at least a month ago, and there's really nothing left for him to learn at Triple-A, so a September call up and cameo appearance as a C/DH should be a good starting point to determine how he fits into the 2012 plans.

- Chris Dickerson- He's been useful in his limited time on the Yankee roster already thanks to his speed and athleticism.  At the very least, he gives the Yankees a competent defensive option/late-game replacement to use down the stretch to rest their everyday OFers if Joe decides he wants to do that.

- Hector Noesi- Has more than proven his worth as a Major League-caliber pitcher this year out of the bullpen, even if he probably should have been sent down to stretch back out and work as a starter.  But the contributions he's already made as a long reliever make him a viable candidate for the postseason roster, so it only makes sense that he would be brought back to continue to audition for that role.

- Greg Golson- See above explanation for Dickerson.  Golson filled that role admirably in 2010 and would give Joe even more bench depth to play with in situations where he can get his everyday guys a little extra rest.

4 Who Should Get The Call

The Garbage Man Does It Again

I guess the cut on the finger is completely healed because Freddy was out there spinning his magical junk again and navigating his way through the Oriole lineup with the same mind-bending wizardry he displayed in his first 2 starts against Baltimore this season.  If you're keeping score at home, that's now 3 total runs allowed against Baltimore in 18 innings of work for The Garbage Man this year.  Too bad they aren't going to be around for the playoffs.

You could almost make the argument now that Freddy has been the Yankees second best pitcher this season.  He's been consistent, effective, and a great value.  With the contract they signed him to, the Yankees are paying Garcia $136,363.64 per win this year, with more games still to go.  By comparison, A.J. Burnett is "earning" $1,833,333.33 per win this year. 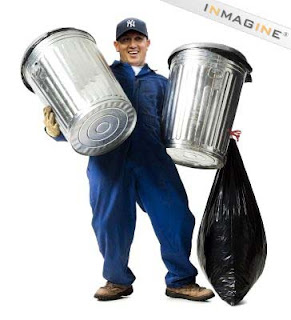 And kudos to Joe for being smart and not pushing Freddy.  6 innings and 88 pitches is more than enough for a first game back.

That's a +1 for Freddy in the rotation race.  Ball's in Phil's court now.