Youkilis Back To The DL

Multiple beat writers are tweeting it.  Kevin Youkilis will go back on the DL because of his back, specifically a lumbar strain.  He's been an empty husk of himself since returning to the lineup 2 weeks ago, and this will get David Adams back on the field.  I think somebody around the blogosphere basically predicted that this was going to happen earlier this week.  Oh yeah.  If this isn't the first toll of the bell for Youkilis' career, I don't know what is. 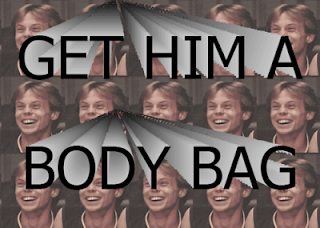 Posted by Unknown at 5:50 PM No comments:

It's a near riot in Yankeeland right now.  Everybody just losing their shit over the sweep in Oakland and the 17 straight scoreless frame the offense put up yesterday.  I'll be honest, I was shaking my head and throwing out a fair share of mothereffs watching the MLB Gamecast on my computer yesterday, and 2-3 years ago the entirety of this blog's content today would have been cursing everybody and everything.  But when I woke up this morning, I really wasn't all that upset.  I had no desire to write anything about the meaning of yesterday's game other than it was another loss.  I expected Vernon Wells to suck, I expected Ichiro to suck.  I hoped for a rebound from Youkilis and abandoned all that hope the minute he hurt his back.  I expected Hafner to be hurt by now, so the fact that he's not and not producing really doesn't cause me any anger.  When you look at what the offense has/hasn't done this week, and consider everything that went into creating this situation, what else did you expect?

- On Monday, Rob Abruzzese of Bronx Baseball Daily mused on the growing importance of Alex Rodriguez now that Youkilis is starting to look shot.

- On Tuesday, Matt Bove of The Greedy Pinstripes wondered what kind of impact A-Rod is still capable of making when he does return.

- Rich Kaufman of Bronx Pinstripes pointed out the surprising offensive performance from Chris Stewart this season.  It's still not great, but the guy is hitting better than he ever has.

- SG of RLYW used projections and linear weights to put the Yankees' season in perspective.  I doubt anybody will feel better today reading that, but it's good to keep in mind that they've outperformed expectations.

- On Wednesday, SJK of NoMaas showed just how bad the 2 multi-year deals the Yankees did add this offseason look right now.  This probably needs a "NSFW" label after last night's game.

- El duque of It Is High... commented on the crumbling Yankee offense.  He was ahead of the curve I guess.

- Chad Jennings of LoHud got some great quotes from Brett Gardner on his offensive performance this season and his inconsistency on the basepaths.

- On Thursday, Jason Cohen of Pinstriped Bible looked at the huge dip in power from the offense since April and also at the lack of immediate upgrade options.

- On Friday, Mike Axisa of RAB unleashed a rant on the state of the Yankees after their 18-inning loss.  Arguable points aside, I think there's something in there that any and every Yankee fan can relate to and agree with.

- In response to Axisa's rant, Mike Eder of IIATMS/TYA unveiled his way out there possible explanation for the Steinbrenners' recent decisions and offseason execution.  It's out there, but it does make sense.

- William Juliano of The Captain's Blog pondered Hal and Cash's willingness to admit their plan has started to fall apart and go with  a Plan B.  Is there even a Plan B?

- Brian D. of Yankees Fans Unite made his case for trading Hughes and Joba now.  I doubt the Yankees would get anything back that could help them immediately, and that's what they would really need to go through with that plan, but keep an eye on this idea for later in the season.

This afternoon's Friday Jam is "Bloody Knuckles" by High On Fire.  If you're still pissed about last night, throw this on and go hit a heavy bag or something.  You'll feel a little better when it's over.  Maybe. 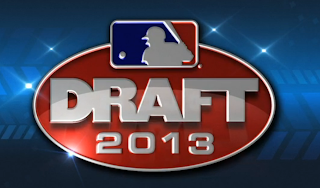 I have to imagine Judge will sign for slot value like Jagielo did, and both Katoh (low-ceiling) and Thomas (college senior) are expected to sign for below slot value.  Between that saved money and the chunk saved on Murphy, that should be enough to tack onto Clarkin's bonus to finalize his deal.  All in all, it sounds like a job well done on getting the 3 1st rounders taken care of quickly.
Posted by Unknown at 12:17 PM No comments:

A-Rod Starting To Become A Need 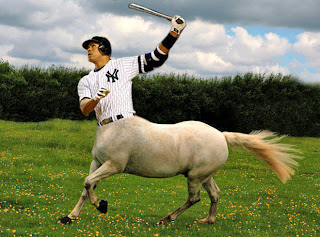 Betcha didn't think you were going to see this old Photoshop again, did you?  Well too damn bad, A-Rod haters.  I know he's still the #1 most hated Yankee in your hearts (with Robbie Cano inexplicably making a pitch for #2), and you'd all probably love to see him retire, get suspended, or just get plain old run out of town with torches and pitchforks like the Frankenstein monster, but the plain fact of the matter is that this team needs Alex Rodriguez and they need him in the worst way. 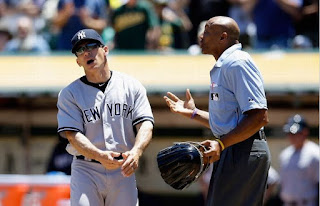