Early ST Injuries Could Be A Problem For MiL Teams

We're a week into the Spring Training game schedule and the best news so far is that there's nobody at the Major League level dealing with any injury issues.  Derek Jeter hasn't suffered any further/new setbacks with his ankle or the rest of his 2 legs, Brian Roberts has managed not to trip over anything and shatter his whole body, Cervelli's throwing hand and elbow are A-OK, and the entire pitching staff's elbows and shoulders are fine.

That's not to say that there haven't been any health problems though, and strangely enough it's the younger crowd that's feeling the effects of the injury bug.  A handful of early ST injuries have delayed the start to multiple top prospects' seasons, and depending on how quickly they're able to recover or how long the injuries linger, there could be some MiL roster problems come Opening Day. 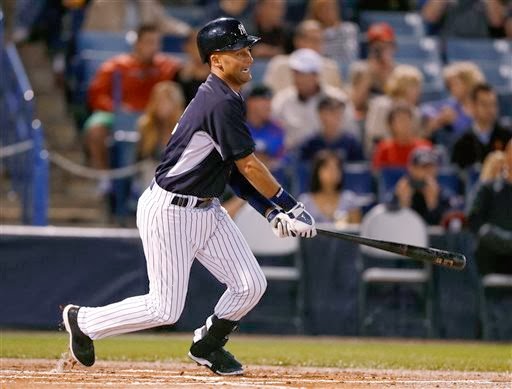 The Good News- Derek Jeter has played in 4 of the last 6 Yankee ST games and done so without any physical issues.  He's looked good running the bases, he's looked as good as a 40-year-old shortstop with severely limited range can look in the field, and he just played in his first back-to-back games of the spring on Monday and Tuesday with 3+ weeks remaining before Opening Day.

It's still early enough in camp to give this time, but there hasn't been a lot of lift or life in most of the balls Jeter has put in play, something that raises questions about his ability to adequately handle hitting in the 2-spot.  His legs being healthy enough to play is one thing.  Them being healthy enough for him to drive the ball and be an above-average hitter are another.  This is definitely something worth watching over the next week or so to see if the results start to come.

Posted by Unknown at 9:57 AM No comments: 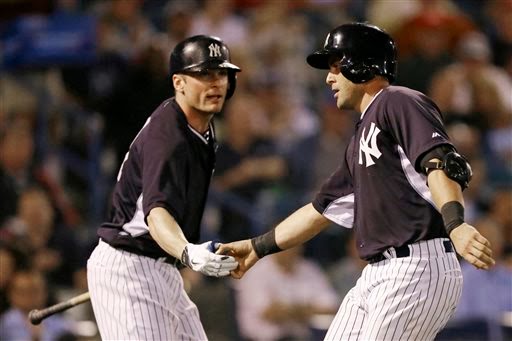 - First night game and first loss in 5 last night for the Yanks, who fell 3-2 to the Orioles at Steinbrenner Field.  David Phelps allowed 1 run on 5 hits in 2.2 IP, Francisco Cervelli hit a solo HR, and Yangervis Solarte drove in his 6th run of the spring.

- Scott Sizemore and Matt Thornton each made their Yankee debuts last night.  Sizemore went 1-2 with a K and Thornton retired the only batter he faced in relief of Phelps.

- During the day, Tyler Austin resumed baseball activites, taking swings and playing catch and feeling no pain in his wrist.  Hopefully that trend continues.

- No BP pitchers yesterday.  Vidal Nuno, Michael Pineda, and Hiroki Kuroda all threw bullpens.
Posted by Unknown at 7:15 AM No comments: