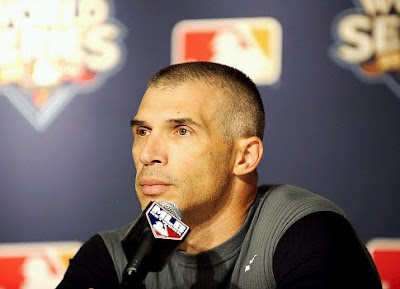 Mike Scioscia did a good job this year, don't get me wrong.  But Joe Girardi did a great job, and it's a crime that he isn't being recognized as the best manager in his league.
Posted by Unknown at 8:22 PM No comments: