Going to my first Packer game this weekend.  The girlfriend wisely scooped up some tickets early in the year and it's been a roller coaster of emotions for me just in the months leading up this Sunday.  At first I was stoked that I was going to get to see the Chip Kelly offense in person and hopefully a 45-41 shootout.  Then the Eagles started to suck and I was a little disappointed that it might just turn into a Packer blowout.  Now with Aaron Rodgers out, Nick Foles tossing touchdowns all over the place, and the Packers having zero pass rush, I'm afraid I could be going to watch them get blown out of their own stadium.  Oh well, at least there will be beer and it's early enough in the year that the weather isn't in true "Frozen Tundra" territory.  Now onto the links!

- On Monday, SJK of NoMaas explained what Ichiro's role should be in 2014.  It's exactly what I would do with Ichiro and what I fear the Yankees won't do.

- El duque of It Is High... made his case for why the Yankees should sign Jarrod Saltalamacchia to be their new catcher.

- On Tuesday, Chris Mitchell of Pinstripe Pundits weighed the pros and cons of bringing back Mark Reynolds and Brendan Ryan next season.

- On Wednesday, Greg Corcoran of Bronx Baseball Daily profiled High-A shortstop Cito Culver and pegged him as a breakout candidate in 2014.

- Chad Jennings of LoHud broke down the current state of the organization in the starting rotation.  Still a lot of upside in the Minors, but way too many questions and not a lot of depth up top.

- Jason Cohen of Pinstripe Alley offered up his opinions on each non-Yankee QO recipient and whether they would be good options for the Yankees to give up the draft pick and sign.

- William Juliano of The Captain's Blog looked at how David Robertson's inefficient pitch count tendencies may be influencing their search for a "proven" closer-type reliever.

- Michael Eder of IIATMS/TYA calculated out the money the Yankees would have in their budget to spend if A-Rod's contract comes off the books for next year.  That's a pretty good-sized chunk of change to work with.

- On Thursday, Joe Pawlikowski of RAB took a look back at Brian Cashman's prospect-for-veteran trade track record since gaining full control as GM.

- Jason Evans of Yanks Go Yard mused on the strategy in attempting to re-sign Hiroki Kuroda if the rumors about him leaning towards going back to Japan are true.

- On Friday, Daniel Burch of The Greedy Pinstripes revealed his complete All-Time Yankee roster.  It'd be fun to see how many games that team could win in a 162-game season with everybody in their prime.

This Friday's jam is "Slaves And Bulldozers" by Soundgarden.  I didn't go back and check, but I don't think I've ever featured Soundgarden here and that is simply unacceptable.  Soundgarden is the shit, plain and simple.

Enjoy your weekends, everybody.  It'll probably be a little slow over the weekend with me being out of town.
Posted by Unknown at 3:30 PM No comments: 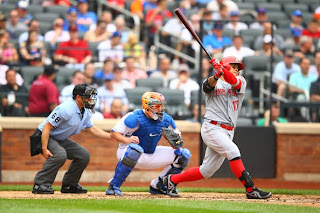 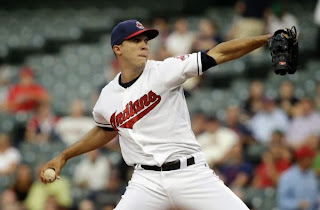 Report: No Progress On The Cano Contract Talks

The Yankees made a qualifying offer to Robinson Cano on Monday.  He has until next Monday to make a decision on it, which will 100% assuredly be a decision to decline.  Other than that it's been all quiet on the Cano contract front with not a lick of new information, from the Yankee side, the Cano side, or from the rest of MLB.  Maybe it's just me, but that seems a tad strange for the premiere position player in this year's free agent crop.

According to Dan Martin, there has been "no recent movement involving Cano and the Yankees."  This comes over a month after both sides made waves in the media with their reported asking prices and offers and over 2 weeks after the Dodgers apparently took themselves out of the running by signing Cuban infielder Alexander Guerrero.  It's still very early but the market for Cano hasn't come together at all, something that may work in the Yankees' favor.  The longer it goes without any other teams getting in the mix, the more leverage the Yankees should gain in trying to re-sign Cano to something closer to their desired 7-year/$161 million deal.