Teix To The DL, Romine Called Up

The beat guys have all the details, but the team made it official a few hours ago.  Teix has been put on the 15-day DL and Austin Romine has been called up.  It sounds like the team is going to go with the exact plan I described earlier this morning.  Johnson will be the primary first base man, Cervelli will work in some when the matchups are favorable, and Romine will get some time behind the plate.

Early indications are that Teix's hamstring strain isn't that bad and the team is hopeful he can return right after the 15 days are up.  That would be the best possible outcome, as long as he's fully recovered. 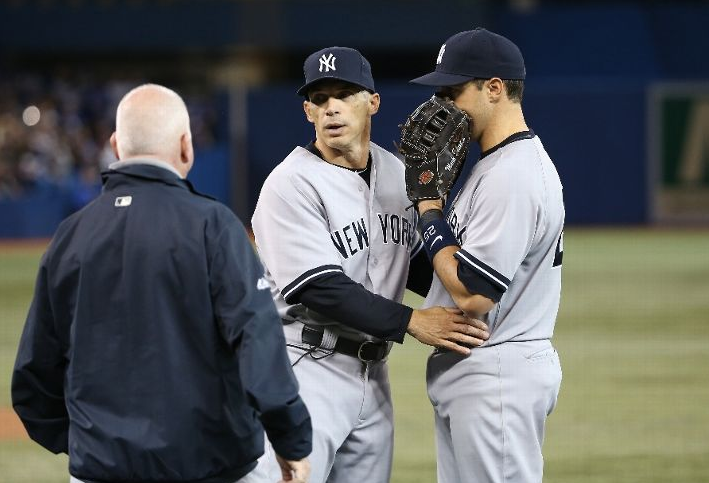 And all this time I thought it was his wrist we had to be worried about.  I guess when you consider how much worse it could have been, last night's injury to Mark Teixeira wasn't as bad as it would have been had it been the wrist.  Teix had to leave last night's game in the bottom of the 2nd after taking an off step fielding a foul ball and tweaked his right hamstring.  He called the trainer out onto the field after stretching his leg a few times and after a brief conversation with him and Joe, left the field quickly and angrily.  It's the same hamstring he tore running to first in the 2010 postseason.

The official diagnosis right now is a hamstring strain, although no MRIs or tests have been done to formally evaluate and diagnose the severity.  The plan is for Teix to get some further tests on it when the team returns to New York, but based on how quickly he left the field and his comments after the game about how it felt, it doesn't sound like something that's going to heal up in a few days.  A DL stint appears imminent and could happen as soon as today. 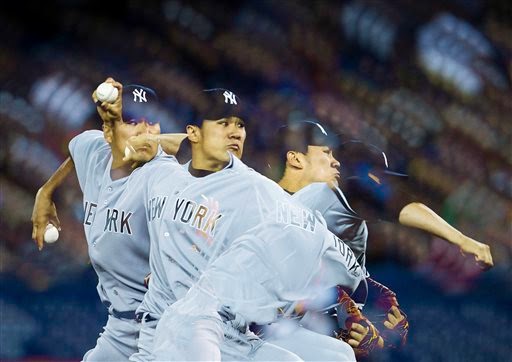