- After making it through last night's game fine, most likely because he walked 3 times and didn't have to swing much, Mark Teixeira was removed from this afternoon's game early when his wrist started acting up again.  The team is continuing to call it "inflammation" and Joe said Teix won't play tomorrow or Monday before being re-evaluated Tuesday, but he did get another cortisone shot today.  Cue the DL stint countdown.

- Michael Pineda was also shut down before he could make his scheduled ExST start tomorrow.  He felt soreness in his shoulder area after playing catch yesterday and an MRI today revealed inflammation in the same area that his initial back/shoulder muscle injury occurred.

More on these stories as it comes out...
Posted by Unknown at 4:36 PM No comments:

6 XBH in 1 game, 15 total XBH in a dozen games.  That's not bad, that's awful.  The Yanks haven't hit a home run since 5/25 and the complete lack of power in their lineup was never more exposed than last night against Ricky Nolasco, the guy who came into the game with the second most hits allowed and second highest ERA among all qualifying pitchers in the AL.

They're all saying the right things about the power problem, but talk is cheap.  They don't know what they're going to get from Teix or Beltran in the power department thanks to their arm injuries, they already know they're not going to get much from guys like Jeter and Roberts, and at this point who knows what to expect from Soriano and McCann.  The lack of pop is a huge problem and it needs to be addressed.  They can't continue to hit this weakly with this patchwork rotation.
Posted by Unknown at 9:30 AM No comments: 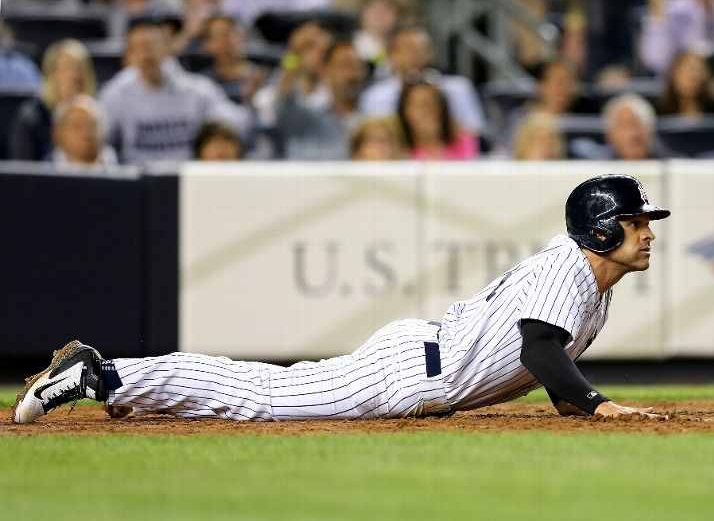