How's That Pitching And Defense Working For You? 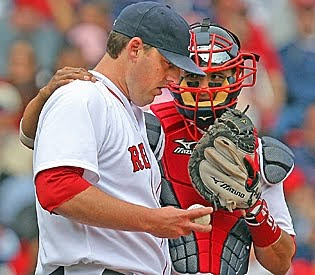 (Photo courtesy of Matt Stone/The Boston Herald)
Outfielders bobbling and misplacing balls all over the park?

Baby Huey getting his dick kicked in to the tune of 9 hits and 8 earned runs allowed in 3 1/3 innings??

0-30 with runners in scoring position over the whole series???

Mike Cameron still walking gingerly around with dick rot or a strained nutsack????

Crowd booing you off the field after a 5th consecutive loss????? 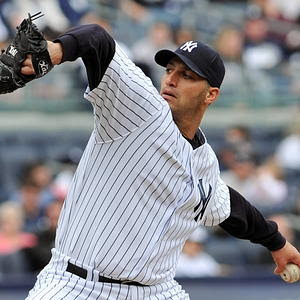 While it would be crazy to expect Pettitte to maintain these numbers over the entire season, it certainly should give fans confidence that Pettitte won't have too many games where he's getting smacked around when something isn't working like Javy Vazquez has experienced so far. Andy has plenty of pitches to fall back on and plenty of ways to work hitters, and he always saves his best pitches for the pressure situations. He's the #3 starter in the rotation, but with his stopper mentality and fearless, thoughtful approach on the mound, he might just be the Yankees' real ace in disguise.
Posted by Unknown at 12:53 PM No comments: