There's no other way to describe it.  He was the best setup man in baseball last season, one of the best relief pitchers in baseball period, and he's been even better this year.  After last night, D-Rob has thrown 12 innings this season.  In those 12 innings he has allowed just 10 total baserunners, no runs, and has struck out 21.

If you trace things back to when D-Rob first really started to become a lockdown reliever, the summer of 2010, the numbers are just astounding.  From June 2010 to today, here's D-Rob's stat line:

That's just downright unfair.  It's sickening.  Sure, he has walked 62 batters in that period of time, but only 3 of them so far this year, and he's only given up 3 HR in those 124 innings.  His command has improved and his walk rate is trending in the right direction without any kind of decrease in strikeouts, and batters just can't make good contact off of him.  D-Rob isn't just nasty, he's filthy, grimy, dirty.  And the scary thing is, he's getting dirtier.

Now somebody hit the music! 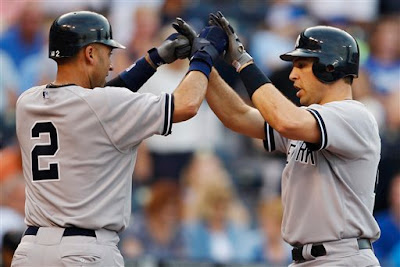