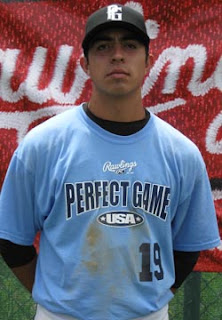 Thoughts On The Arbitration Avoidance Contracts

The Yankees and D-Rob each submitted their arbitration salary figures yesterday, starting what could be the only arbitration situation New York enters this offseason.  Their other 3 remaining arbitration-eligible players all signed 1-year deals this week, the final ones they'll sign before all 3 become free agents next offseason.  How do all those deals look?  Glad you asked.

Joba Chamberlain- 1 year/$1.875 million.  Good for Joba getting a raise after 2 straight injury-shortened season, and given his tenure and likely status as the pitcher next in line behind D-Rob for the setup role with Soriano gone, I think it's a fair deal.

Boone Logan- 1 year/$3.15 million.  A significant hike from the $1.875 he made in 2012, but understandable given the very good body of work he's had in a Yankee uniform and the importance the LOOGY role has taken on in the past few seasons.  A jump to over $3 mil in his final arb year should set Logan up nicely for life on the open market in 2014, and I think now the Yanks are much more likely to let him walk than try to bring him back on a multi-year deal for that kind of money.

Phil Hughes- 1 year/$7.15 million.  I'm a little surprised this number was so high for Hughes.  He had 1 slightly above-average year as a starter at league minimum in 2010, 1 below-average year at $2.7 mil in 2011, and another slightly above-average year at $3.2 mil in 2012.  I said I thought Hughes was going to be valuable as the only under-30 starting pitcher on the market next offseason, and the Yankees may have just helped usher him out the door with this $7+ mil deal.  If Hughes pitches better than he did in 2012 this season, he's going to be looking at offers of $10 mil per easily.

Posted by Unknown at 8:52 AM No comments: