Teix KO'd In Top Of The 1st

Jon Lester kneecapped Teix in his first at-bat a few minutes ago.  All indications are it looks pretty serious, as Teix was writhing in pain after taking a pitch right off the right kneecap, and he hardly put any weight on his right leg at all as he was helped off the field.  Surprisingly, Jorge was brought in to pinch run for him, but I don't think we'll be seeing Teix for the next couple days at least.

Update coming later when it's available.  For now I will just say that's bush by Lester.  Whether it got away or not, there's no reason for that to happen in the 1st inning of a game.  That's retaliation-worthy as far as I'm concerned and the umps better allow the Yankees to exact their pound of flesh, preferably later in the game when Joba or D-Rob or somebody with a little heat on the fastball is in the game and not Freddy and his BP fastball.

** UPDATE- 8:18PM- X-rays were negative and the official word is that Teix has a knee contusion.  He'll be re-evaluated tomorrow but it looks like our worst fears won't be realized with this one.  Still, Lester can S a D. **
Posted by Unknown at 6:40 PM 1 comment: 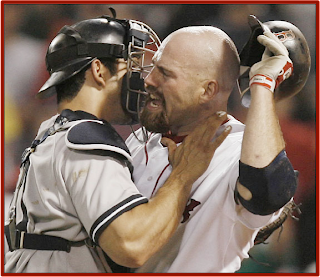 P.S.- Truth be told, I could give a shit if the Yankee starters get shelled in all 3 games.  It'd just be nice to see the boys take 2 of 3 and win a series to increase the division lead.
Posted by Unknown at 1:26 PM No comments: 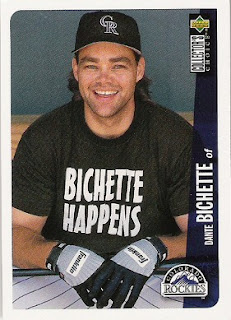