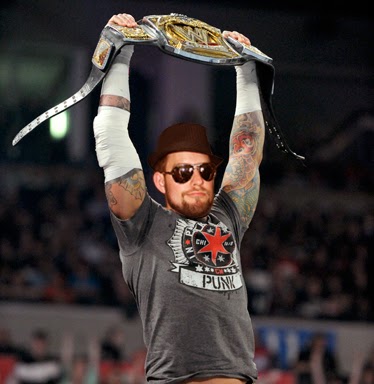 ("Best season preview in the woooooooorld!!!")

Tomorrow will mark the start of the final 3 weeks of Spring Training.  It will also be the official kickoff of the 2014 AB4AR Season Preview series.  If you remember back to last season, I split the season preview up into 3 1-week series of posts, starting with the major high-level themes that will define the upcoming season, expanding to the major questions and answers about the season, and building up to the final, detailed preview of the Opening Day 25-man roster.  I think that format worked pretty well and I'm sticking with it this season.

Tomorrow we'll start the season preview off with "2014 Season Storylines" week, a daily look at the defining major storylines that the writers, bloggers, and fanbase will be talking about all year.  I'm sure people can already guess at what a few of them are going to be, but there are a few you might not have thought about yet so check back Monday afternoon for the first of 5.

Opening Day is a little over 22 days away.  The next 3 weeks will tell you everything you need to know to be ready for it.
Posted by Unknown at 3:38 PM No comments:

It's Happening Again, Isn't It?

Eduardo Nunez is tricking everybody into thinking he can actually play, isn't he?  He's had a few big hits early in ST, the opportunity is presenting itself for him to get more playing time in the form of Scott Sizemore's late spring start and Brendan Ryan's oblique injury, and come Opening Day he's probably going to be on the roster.  I can feel it.  I can feel Yankee fans starting to talk themselves into the idea of Nunez as a productive bench player again, and I don't like it one bit.

It would be one thing if this was Nunez's 2nd or 3rd year trying to break into a regular Major League role.  I could look past the previous bad defense and overrated hitting performance.  But it's the 5th year, without any real indication, statistical or otherwise, that Nunez is improving and I for one am not going to fall for it again.  I'm scared to death at the prospect of Ryan's oblique injury lingering into April and May and Nunez assuming the role of Derek Jeter's backup.  I fear for the lives of the people sitting field level behind first base and I cringe at the thought of Nunez needing to come up big with the game on the line.

It's not even like he's playing THAT well so far either.  He's only 4-17, he hasn't drawn a walk, 3 of his hits came in 1 game, and he's made an error in the field.  But I've seen a few comments and I can sense the tone in what's being written about him by other writers.  People are trying to get on board the Nunez hope train again and that's not a good thing.  You won't like where it goes.
Posted by Unknown at 11:00 AM No comments: 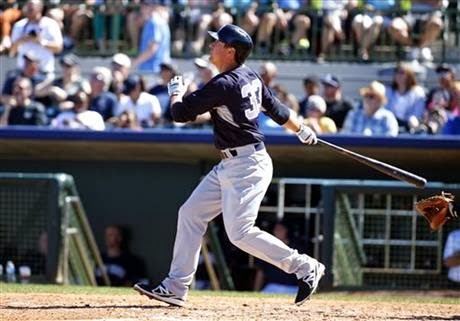 - It was a 9-6 win over the Astros for the Yanks yesterday in Ivan Nova's 3rd start of the spring.  He was shaky in the 1st, but settled down to allow 3 ER on 8 hits through 4 innings of work, striking out 5 and walking none.

- Kelly Johnson hit a 2-run HR as the starting third baseman yesterday and he'll get his first start at first base today.  So far nobody's stepped up to lay claim to that role.

- Brendan Ryan will be out until sometime in the middle of next week with his oblique injury.  Hopefully that's enough time for it to fully heal.

- CC Sabathia and Masahiro Tanaka each threw side sessions.  Nobody notable threw BP.  It was announced that Tanaka's next outing will be a simulated game on Tuesday.
Posted by Unknown at 7:14 AM No comments: