The mysterious "Mystery Team" was revealed last night to be the Philadelphia Phillies, as they swooped in and snatched up Cliff Lee, sending him back to the place where he apparently wanted to pitch all along and leaving the Yankees with nothing to show for their efforts and no answers to the questions that plague their current rotation.

Now that all the deals have come out in the open, it was clear that the Yankees weren't as far ahead of everybody else as originally thought.  In fact, it can be argued that their deal might have been the least attractive out of the 3.  The Yanks and Rangers both offered 6-year/$138 million deals, but Texas' vesting option for the 7th year was at the same $23 million level as the first 6 years while the Yankees' vesting option was for $16 mil.  And when you consider that Philly's 5-year/$120 million offer has a higher per-year value than the Yankees' or Rangers' offer, it's obvious that Lee didn't leave that much on the table, certainly not enough to sway him for going where he wanted to go.

This is a bit surprising to me from a Yankee perspective, since they are known for blowing away the competition when it comes to dollars in free agency.  They did it with CC and they did it with Teix in 2008 and it seemed all but certain that they were going to go all out again for a pitcher they clearly had been after for some time.  But as the negotiations wore on and Cash said they were standing pat on their offer, it became clear that things had changed.  The Yankees of a few years ago would have guaranteed that 7th year, they would have upped to value of the deal to $170 million to try to pry Lee from the Phillies, but this time Cash didn't do that.  He stayed true to his word, the team stayed true to their original plan, and they lost out their big target because of it.

Maybe all the past free agent pitching failures have finally knocked some sense into the front office.  Maybe A.J. Burnett shitting the bed this past season was a clue that they are still far higher in the "Bad Move" column than in the "Good Move" one and it wasn't a good idea to try to make another big FA pitching splash.  Maybe they are willing to sacrifice a year or two of not winning the World Series to give this next bumper crop of arms in the Minors a chance to form a new stable of Yankee pitching for the next 10 years.  Whatever the case is, the Yankees got beat by the competition in free agency for the first time since Greg Maddux in 1992 and they are left with 2 gaping holes in their 2011 rotation.

But the reality of the situation is that the Yankees are not as dead in the water or as desperate to fill the gap left by Lee as many people think they are or as many people in the MSM would like us to believe.  Let's look at the facts.  They still have CC Sabathia, they still have Phil Hughes, and if Andy Pettitte decides to come back (which you know the Yankees will push for now that they have extra money to spend) they will have him too.  That's 3 above-average starters right there.  They still have the best closer in the history of baseball, Mariano Rivera, lurking in the bullpen at the end of games.  They still have a lineup that features, at worst, league average and above-average production from every position except maybe catcher, and at best, All-Star-level production from 1B, 2B, 3B, RF, CF, and above-average production from every other spot.  Not to mention that lineup also makes up one of the best all-around defenses in baseball, a defense that just got better with today's signing of Russell Martin.

The Yankees also have money.  More of it than anybody else and more of it to spend this offseason now that they won't be paying Lee.  They still have a few big targets available to shore up the bullpen for 2011 and fill out the bench.  And they've got the previously mentioned stockpile of young, high-ceiling arms scattered across all levels of their Minor League affiliates that can be used to build the future core of the rotation and also to bring in another arm for 2011, either in the offseason or once the season starts and it starts becoming more clear who the buyers and sellers will be come the trade deadline, without completely gutting the farm system.  So even without Lee, the Yankees still have plenty of means to achieve their end of improving the rotation

Cliff Lee was the big prize and the big target for the Yankees this offseason, no doubt.  But all hope is not lost without him for 2011.  Let's not forget that the Yankees will be returning almost the entire team that won 95 games this past season and came within 2 wins of reaching the World Series despite having a combined 492.2 innings pitched by A.J. Burnett, Javy Vazquez, Chan Ho Park, Dustin Moseley, and Chad Gaudin.  And guess what?  Cliff Lee wasn't on that team.  Sure, he could have helped push the 2011 team over the top, but his not being in pinstripes next year certainly doesn't cripple them, regardless of what other teams have done.

Hank knows this, Hal knows this, Randy Levine knows this, Joe knows this, and Cash knows this.  And they know there's no reason to push the panic button because Lee didn't take their offer.  They aren't done this offseason by a long shot and all early indications are that they are not interested in trading away Jesus or throwing an insane prospect package at teams to try to pry away a Chris Carptenter or Ricky Nolasco.  The more I think about it, the more I like the fact that the Yankees took a hard line on Lee and let him walk when he didn't bite at it.  It's a good sign for the future of the organization moving forward.

Championships aren't won in December, folks.  And there's a whole lot else that can and will happen between now and next October.  The Yankees have shown they can be just as dangerous at the trade deadline as they can in free agency, and adding more talent to the core that still exists makes them just as big a threat as the Phillies, Red Sox, and whoever else wants to try to compete with them.  The Yankees lost the battle for Cliff Lee, but the war hasn't even begun yet. Let's let that war start and play out for a little while before we start to worry.
Posted by Unknown at 5:46 PM 1 comment:

I certainly hope this isn't the start of a chain reaction of knee-jerk moves in response to losing out on Cliff Lee, but the Yanks have signed Russell Martin.

Now the dude still needs to pass a physical, which is no small feat given the injury problems he's had, but if he passes and becomes a Yankee, he certainly gives them improved depth and flexibility at catcher and he better damn well be here to compete with The Jesus and not to replace him.  They lost out on Lee, but they've still got $25-30 mil to spend now and spending is what the Yankees do best.  Use that money to shore up the other holes in the roster and wait for a trade to present itself in 2011 once the season starts.

(If I read that talks between the Yankees and Royals have started up again this afternoon, I might kill somebody)
Posted by Unknown at 12:29 PM No comments:

Really, dude?  The Phillies?  The team that refused to make you a deal a year ago for less money and then shipped your ass to fucking Seattle?  You'd rather go back to them and their shitty city for fewer dollars than come to the greatest city in the world and play for the greatest team in the history of professional sports?  I'd say I can respect that, but then I would be just as big a moron as you because NOBODY IN THEIR RIGHT MIND can respect that and NOBODY IN THEIR RIGHT MIND WOULD MAKE THAT DECISION!!!!

So your chubby little wife didn't like the way Yankee fans treated her, huh?  Guess she didn't attend too many games the last time you pitched for Philly because those people are absolutely brutal.  Word of advice, bro, you might want to make sure you throw a complete game shutout every time you pitch at home because there's no telling what kind of abuse (and objects) that hord of Orcs will be hurling your old lady's way if you fuck up.

You know what, I'm not even mad.  Clearly Lee didn't want to pitch in New York or he would have taken the money and ran immediately.  I hinted at it in my Russell Martin post over the weekend that the Yanks might be trying to make moves to cover themselves in case Lee didn't sign and now it all makes perfect sense.  Nobody in their right mind leaves that much money on the table these days.  Nobody.  And I don't want to hear all the "well this just goes to show you that not every athlete is about the money" bullshit either.  Every athlete is about the money.  If they weren't then there wouldn't even need to be winter meetings every offseason in the first place.  The only reason you wouldn't be about the money is if you truly didn't want to go somewhere and Lee truly didn't want to come to New York and didn't want to be a Yankee.

So good riddance, dickhead.  I'm glad we don't have to worry about watching your sorry ass age ungracefully in the 5th, 6th, and 7th years of your contract.  The Yankees have had such a shitty track record signing old pitchers that I'd rather not risk adding another one to that list.  The last time they lost out on somebody was Greg Maddux in 1992 and if memory serves correct, the next 6-7 years worked out pretty well for the Yankees then.  So if anything, I'll take this as a blessing in disguise.

P.S.- Enjoy watching the rest of that offense crumble over the next couple years as everybody gets older.  That should be fun.

P.P.S.- Your wife is fucking hideous 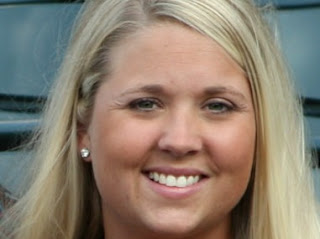