That's how you spell CC Sabathia, in case anybody was wondering.  Dude was on point today.  He barely even broke a sweat out there in his 8 one-hit shutout innings of work, attacking the zone, hitting his spots, and letting the pathetic A's lineup do what they could with his offerings, which was nothing.  Dallas Braden put up a solid effort, but it was a wasted one with Carten on top of his game at The Stadium.  Essentially, CC went out there today and told Braden... 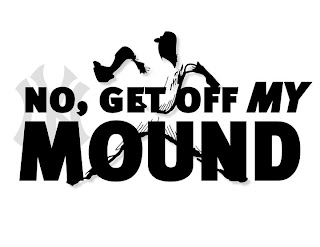 ... and there wasn't a goddamn thing Braden could do about it.  Barring injuries down the stretch, you can pretty much pencil CC in for his first career 20-win season.


P.S.- Brilliant strategy by Joe today having Swish fake an injury early in the game so he could get C-Grand out there and have him put on a HR derby display for the fans.

What's that you say?  Swish actually left with legitimate knee stiffness?  Oh, well that sucks.  But Granderson was still a monster today and I'm sure Swish will be fine.  The way he's played this year, the dude deserves a few days of rest.

(Picture used courtesy of River Ave. Blues.  Major props to whoever came up with that graphic)
Posted by Unknown at 3:03 PM No comments:

Joe Pushes The Right Buttons To Get A.J. A Win

Normally I'm not a huge fan of Joe's decision making when it comes to his pitching staff.  I've seen him leave starters in too long or take them out too soon and then micromanage the shit out of his bullpen when the situation didn't call for it enough times that it's a miracle I haven't put a beer bottle through my TV screen.  But what he did yesterday was a masterful job of decision making, motivation, and support all rolled into one.  And the best part was, it all happened before A.J. even stepped on the mound.

In my opinion, the key to A.J.'s outing yesterday was Joe's announcement prior to the game that Javy would be taking Dustin Moseley's spot in the rotation on Saturday and Moseley was now out of a job as a starter.  It seems insignificant, but with all the speculation surrounding Joe's "evaluation" comments after A.J.'s last start, it was a good bet that if A.J. bombed yesterday he was heading for the 'pen.  At this point we all know that A.J. is mentally fragile and he's probably already put enough pressure on himself to perform, so Joe making that call yesterday to insert Javy for Moseley was essentially him saying to A.J. "you're my guy, and you're staying in the rotation.  Now go out and pitch."  It was a statement of confidence in A.J., even though he probably doesn't deserve it, and it probably allowed A.J. to go out and pitch a little easier without the burden of his spot in the rotation resting on his shoulders.

Now did the Javy-for-Moseley announcement actually have anything to do with A.J.'s better outing yesterday?  Who knows?  But I don't think there's any doubt that Joe meant it as an announcement to A.J. that he was going to keep his rotation spot regardless.  And it's a fact that A.J. looked much better on the mound yesterday than he had in his last couple of outings.  His fastball had more zip to it, and his curveball was working better than it has in a long time (24 of 36 thrown for strikes, 8 swings and misses).  He made a few mistakes, but he worked through them and kept the Yankees in the lead, tying his season high K mark with 8 in the process.  It wasn't a lights out performance, but it was a quality start, which is a good jumping off point for A.J. as he moves towards trying to straighten himself out for the postseason.

So a tip of the cap to Joe for that move yesterday.  He certainly didn't have a reason to be committed to A.J., but he did it anyway.  Players need to know that managers have their backs and Joe gave A.J. that knowledge yesterday.  Now A.J. needs to go out and show Joe that he made the right call.
Posted by Unknown at 9:00 AM No comments: