Would You Trade J.R. Murphy? 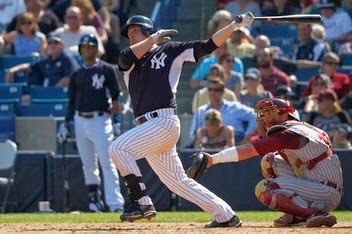 The hottest catcher name on the trade market streets might be Francisco Cervelli right now, but the better Yankee trade piece at the position might actually be John Ryan (formerly J.R.) Murphy.  The 22-year-old right-handed hitting and throwing catcher rocketed up the radar with a strong 2013 season that saw him contribute at 3 levels, and with fellow MiLers Austin Romine and Gary Sanchez needing playing time, he could be the perfect prospect candidate on which to sell high.

With his breakout 2013 season in Double and Triple-A, Murphy significantly raised his Major League projection to a league average and possibly better catcher.  He's shown the ability to hit for average, power, and to get on base, and his solid all-around defensive game is built on the strength of his ability to understand and work with his pitching staff.  Still, he's a very unknown commodity at the Major League level based on only 27 late-2013 PA and the truth is that he probably needs another repeat performance or improvement upon his 2013 output in Triple-A to solidify this new higher ceiling.

So what could Murphy fetch in return?  A high-level prospect of similar situation and equal value would be good, and one AB4AR reader has been banging the Chris Owings drum loudly in recent weeks.  Owings, also 22, is in a battle for the starting shortstop spot in Arizona and his Major League ceiling is questionable thanks to lack of patience at the plate.  The D'backs are in the market for more catching help and have been one of the team reportedly scouting the Yankee catchers this spring.  It would be a rare top prospect-for-top prospect deal that makes sense for both sides.  If it's not for something like that, then it's probably best for the Yanks to hold onto Murphy for now.
Posted by Unknown at 3:19 PM 2 comments:

2014 Storylines: The Captain Hangs 'Em Up 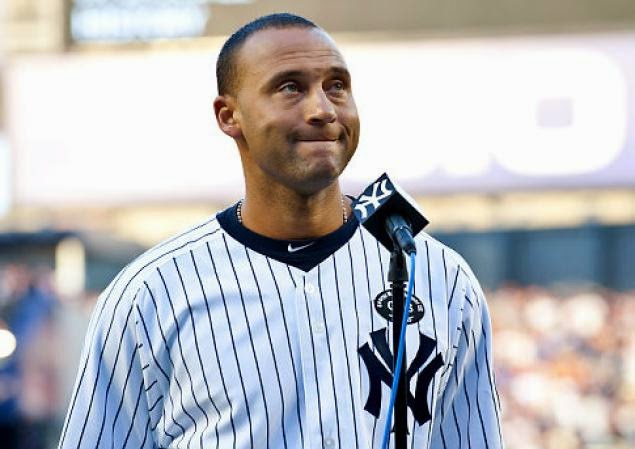 For almost 20 years now, Derek Jeter has been synonymous with the New York Yankees.  Pick almost any term to describe the Yankees as a team and chances are it will apply perfectly to Jeter too.  He's a winner, a champion, a professional.  He's been consistent, overrated at times, underrated at others.  He's been smart on and off the field, and downright selfish at times even as he maintains a spotless reputation as a "team first" guy in the mainstream sports media.

More than anything else, he's been one of the greatest Yankees and greatest shortstops of all time in his 19-year career, and last month he announced that this upcoming season, his 20th, would be his last.  Fresh off a season-long goodbye to perhaps the most beloved Yankee of all time last season, this year Yankee fans will get to repeat those emotions with perhaps the most respected Yankee of all time.  The Captain will give it one last go before calling it a career, putting a period on the end of one of the greatest shortstop careers in baseball history and signifying the official end to the Core Four Era.

Yanks fell 7-3 to the Twins yesterday in their final game before the weekend split series.

- David Phelps was so-so in his followup to his great last start.  He gave up 2 runs on 5 hits and 1 walk in 4 IP, and struck out 4.  It was the type of inefficient outing that's always been a problem for him.

- Manny Banuelos struggled again, getting charged with 4 ER in less than an inning's work.  His spring ERA is now 63.00.  Dellin Betances, on the other hand, was brilliant, working 1.2 scoreless innings and getting out of a bases loaded jam.

- Hiroki Kuroda and Shawn Kelley threw bullpens in the morning.

- Brendan Ryan and Tyler Austin continued to progress in their efforts to return from injuries.  Ryan hit and took grounders and Austin had his first live BP session of the spring.