It's been 2 steps forward, 1 step back for the Yankees with respect to their various injury situations lately.  Actually, 1 step forward, 2 steps back is more accurate.  Carlos Beltran and his right elbow have responded well to early hitting activities and the team could get him back in the lineup by week's end.  Mark Teixeira and his wrist haven't been so lucky, as he's still feeling pain and stiffness and received another cortisone injection after leaving Saturday's game early.  With all that left-handed uncertainty and a painful-to-watch lack of pop in the lineup, is it time to seriously consider signing Kendrys Morales? 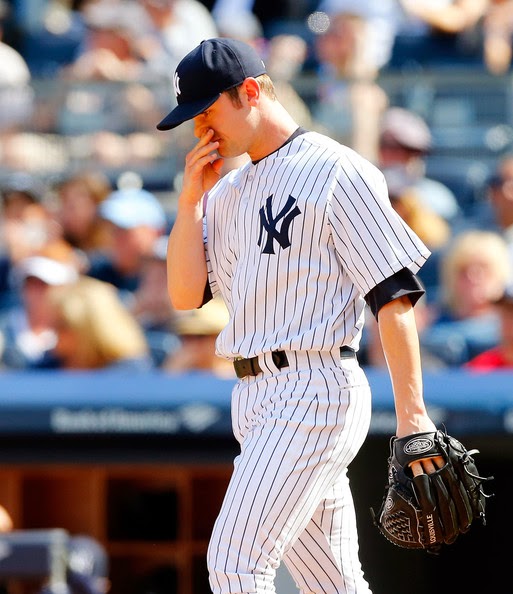 While the offense continues to sputter and injuries continue to linger, the Yankees did get a small bit of good news on the health front after yesterday's loss.  Joe told reporters that Carlos Beltran will be heading to Tampa to get some game situation at-bats over the next few days and could rejoin the team later this week.

Beltran's right elbow has apparently responded well to the cortisone shot he received a few weeks ago.  He progressed quickly through his light rehab workouts last week, quicker than I thought he would if I'm being honest.  He went from dry swings with a fungo bat to live BP in less than a week, and he hasn't felt any pain or discomfort in the elbow after any of the workouts.

Because the MiL teams' schedules aren't conducive to a formal rehab assignment, the plan is for Beltran to play in a few ExST games.  That actually could work out better than a true assignment, as Beltran will be able to get a lot of at-bats in those informal games and really test his elbow on swings.  Joe didn't give specifics on how long Beltran would be down there, but did leave the possibility open for him to rejoin the team by the end of the week. As bad as the offense has been lately, that would be ideal.