So here it is.  The first batch of links from the first half of the week.  As expected, most of this stuff is related to Javy Vazquez and his complete inability to pitch effectively or even be a man on the mound.

- Steve S. from TYU was the first to hop on the "what the hell should the Yanks do with Vazquez?" train, and like Nostrodamus, he predicted Vazquez would be skipped for a start.

- He followed it up with the perfect post about why Vazquez being skipped was the right move to make from every conceivable angle.  We've already touched on this yesterday, but when you can skip your weakest link against your biggest rival, set up arguably your 3 best pitchers right now in his place, keep everybody on regular to extra rest, and give your weak link a chance to fix his problems, you can't argue with that decision.

- But damn if somebody isn't going to try, and that was my buddy, Lenny from LenNY's Yankees.  His post on Monday argued against skipping Vazquez.  Lenny, Lenny, Lenny.  Usually I'm picking up whatever you're putting down but I just couldn't get on board with this decision.

Just because it's early in the season and just because the Red Sox are playing like shit doesn't mean you sacrifice winning.  Why even give the Sox a chance to break out against Vazquez when you don't have to?  Limit the damage to the team and to Vazquez and keep the victory train rolling, baby!

(I do agree with the point about bullpen sessions not meaning anything though.  I don't care what Vazquez does in the 'pen if he's going to continue to shit the bed on the mound.)

- In the midst of all the Vazquez hysteria, Joe Paw at RAB took a minute to remind us all that none of the Yankees' other offseason 5th starter options are doing much better.  Sheets and Piniero have fallen back to Earth after good starts and Justin Duchsherer's hip is hurt again, so at least Javy isn't alone in his ineffectiveness.  And when you've got 4 aces making up the rest of your staff, you'll live with one bad seed.

- Best post of the week so far has to be Steve at TYU's look back at the Johan trade that wasn't for the Yankees in 2007 and how that's working out for the Yankees now.  I remember being steadfastly against trading Hughes and the rest of the farm for Johan back in the day, even when he was hands down the most dominant pitcher in baseball.  The Yankees made a wise move in holding onto Hughes and company and now they're reaping the early benefits this year while Mets fans watch Johan walk 47-year-old fossils and hand out home runs like he's a free sample person at Sam's Club.

So there you have it.  Javy sucks, Phil rules, and it's all there for you to read about.  Have fun killing time at work tomorrow with this.  You're welcome.
Posted by Unknown at 11:26 PM No comments:

Is This John Harper's Blunt? 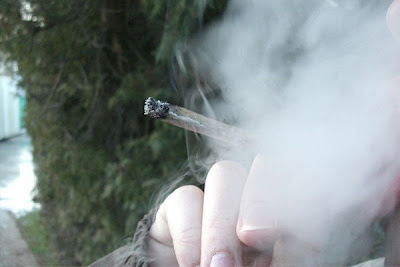 There have been a lot of theories about what should be done with Javy Vazquez over the last week and a half, but this one today from John Harper really takes the cake. See below:

"PHILADELPHIA - There's a perfect solution to the Javy Vazquez problem in the Bronx: trade him to the Mets and everyone comes away happy.

Think about it. For the Mets there's just no getting around the obvious - they're going to need another starter to parlay their hot couple of weeks into serious contention this season. They can't live with the inconsistencies of both John Maine and Oliver Perez over the long haul.

And while Vazquez is a mess mentally trying to overcome his issues pitching with the Yankees, put him back in the National League and he'd likely go right back to being a dependable starter, if not the Cy Young contender he was last year.

For the Yankees, meanwhile, they could wash their hands of what is developing into a major problem. And the way Phil Hughes is pitching, as well as their Big Three, they could plug Sergio Mitre - who has looked very good in relief - into the rotation and be just fine." (courtesy of NY Daily News)

And that's not even the whole story! If you're really into reading garbage, you can find the whole piece here. But there's more than enough in these first four paragraphs to make this the leading candidate for "Worst NY Sports Piece of The Year."

First of all, how does trading Javy to the Mets make everyone happy? How does it make anyone happy? The Yankees would end up shrinking their pitching depth by having to plug somebody into the 5-hole for Vazquez, and the Mets would be adding an expensive, incredibly ineffective pitcher to a staff already filled with more question marks than the Riddler's outfit.

And sure John Maine and Oliver Perez have been inconsistent this year, but they have still been better than Javy. Maybe I'm thinking too simply in my logic here, but I would rather deal with inconsistency than consistently awful. At least with inconsistency the Mets stand a fighting chance with Perez and Maine on the mound. With Vazquez out there, they might as well call the game in the top of the 1st.

"... put him [Vazquez] back in the National League and he'd likely go right back to being a dependable starter."

/spits water all over computer screen

Sure, John. A trip back to National League will cure all Javy's ills. His velocity will come back, his command will come back, and his confidence will snap right back into place like that. Nevermind the fact that he would still be playing IN THE SAME FUCKING STATE WITH A FANBASE JUST AS BLOODTHIRSTY AND UNFORGIVING AS THAT OF THE YANKEES!!!! Mets fans read the same papers Yankee fans do; they know what the deal is with Vazquez. They would absolutely eat him alive. A couple more shitty outings in Citi Field and you'd find Vazquez swinging from a water pipe in the clubhouse with his uniform belt around his neck before you saw him being a "dependable starter" again.

And I'm not even going to get into the fact that there is nothing the Mets have in their farm system that the Yankees want or need, there is no way the Mets would take on Vazquez's $11.5 mil salary with the way he's pitching right now, or that saying Sergio Mitre has been "very good" in the bullpen is a stretch.

The plain fact of the matter is this is a short-sighted, idiotic piece of sports writing that captures everything that is wrong with New York sports fans. Javy Vazquez fucking sucks right now, that's a fact. The Yankees know he sucks and they are trying to find a way for him to un-suck. It is still way too early in the season to be talking about dumping this guy, especially when the team he plays for is 18-8 and ESPECIALLY when you're talking about trading him to your cross-town rival without even giving consideration to what the Yankees would get back or how the money would be worked out.

Put the bong down, John. And then slowly step away from the keyboard.

** More opinion and insight on Javy Vazquez in the first mini-linkapalooza tonight.  I promise it will be better than John Harper's nonsense. **
Posted by Unknown at 2:26 PM No comments: