Changes To The NPB Posting System Should Benefit The Yankees

Over the weekend, Joel Sherman posted a story on the latest developments in the effort to change the current posting system for players wishing to jump from the Nippon Professional Baseball league to Major League Baseball.  For years the posting rules have given no power to the player, only the MLB team who wins the right to negotiate with the player by submitting the highest posting bid to his NPB team.  Per the new proposed changes to that system, 1 team will still maintain exclusive negotiating rights if they win the bidding process, but the player will also have the option of choosing to negotiate with one of the other top 2 or 3 bidding teams.

Obviously this change would benefit the Yankees greatly in their pursuit of Masahiro Tanaka this offseason.  All reports indicate that they will be making a serious push for him and it seems reasonable to expect that they'll turn in one of, if not the highest posting bid.  Under these modified rules, which are expected to be in place by this Friday in time for the start of MLB free agency, the Yankees would still stand a solid chance of being able to work out a deal for Tanaka even if they don't win the post fee bidding. 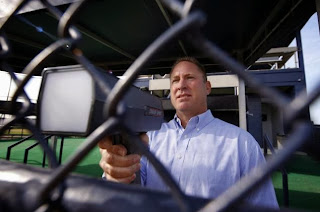 Because if I sucked at my job as much as he's sucked at his and had been sucking at it for as long as he has been, my employer would have axed me years ago.  They especially would have done it if I were in his situation where my bosses were strongly hinting at making changes in my department, but somehow Oppenheimer survived last week's organizational meetings and will continue on as amateur scouting director next year. Real quickly, here's a list of the Yankees' 1st round draft picks since Oppenheimer took that position:
From that group, only 2 3 players (forgot about Brackman) took the field as Yankees and neither of them will be with the organization next year, 2 of them either never signed or flamed out before they could even do anything for the organization, and the rest have never played a game above the Double-A level.