Can't talk now, gotta keep a close watch on the weather forecast for the next 20 hours to make sure my flight home for Christmas is still able to leave on time.  Suffice it to say I'll be quite Grinch-y if I'm stuck at the airport all day tomorrow.  Now onto the links!

- On Monday, William Juliano of The Captain's Blog took a very detailed look back at some classic Yankee hot stove deals that weren't.  This was a fantastic read.  Seriously, stop reading this and click the link and read that instead.

- SJK of NoMaas lamented the potential scrap heap strategy the Yankees might use to fill out their roster if they try to keep the luxury tax avoidance goal in play.

- On Tuesday, SG of RLYW compared Matt Thornton and Boone Logan's previous stats and next year projections to show how the Yankees made 2 good decisions in signing one and letting the other walk.

- On Wednesday, Chad Jennings of LoHud compared next year's projected Opening Day starting lineup to the starting lineup from 2013.  It actually is a lot better.  Some people might have forgotten that.

- Craig Edwards of Pinstripe Alley discussed Brett Gardner's value in terms of this offseason's trade market to show why the Yankees have been smart to not move him.  Yet.

- Michael Eder of IIATMS/TYA took a closer look at Dean Anna to see if he could be of service as part of the infield rotation next season.

- On Thursday, Mike Axisa of RAB commented on the high injury risk to the 3 for sure returning members of the rotation and how that could impact the team's chances of going after more rotation help this offseason.

- Derek Albin of Pinstripe Pundits examined the pre- and post-injury performances of players who suffered similar wrist injuries to Mark Teixeira to see if they could tell us anything about what to expect from Teix.

- Jason Evans of Yanks Go Yard pondered the idea of trading for Brewers second baseman Rickie Weeks.  As someone who's had the displeasure of watching Weeks play for the last few years, my vote would be no.

This Friday's jam is a song about jams.  About kicking out the jams actually.  I got another week of no work in front of me and I'm ready to get loose so let's kick 'em out. 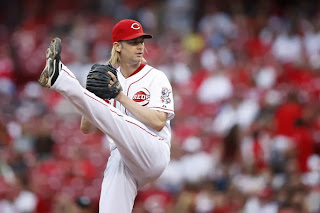 As far as the Yankees are concerned, they almost have no choice but to move on assuming that Tanaka isn't going to be posted.  The process has already dragged out longer than they anticipated or wanted it to and their rotation isn't getting any better while they wait around for Rakuten to make up its mind.  The Yanks are reportedly not interested in the next tier of MLB free agent starters like Jimenez, Garza, and Santana, but I still can't see them not bringing in another pitcher and instead filling the back end of the rotation out with their internal cadre of young arms.  If they want a short-term placeholder for the rotation until next offseason, when they can hopefully try for Tanaka again, here are the most likely candidates for an offer.

Why Brett Marshall Got DFA'd

I have to say I was more than a little surprised when I saw that Brett Marshall was the 40-man roster casualty for Carlos Beltran yesterday.  He wasn't very good in Triple-A last year as a starter or in his handful of Major League relief appearances, but he's still just 23 years old with a good fastball and a plus changeup.  That seems like a commodity much more worthy of being held onto than a washed up 35-year-old outfielder who can't hit anymore.  But in looking at the projected starting rotations for the Yankees and the SWB RailRiders, it starts to make a little more sense.

With guys below him in Double-A having better years and moving up and ManBan being healthy again, Marshall's Triple-A rotation spot wasn't the sure thing it was last year.  And with Phelps and Warren already more established as Major League swingmen, Marshall wasn't going to beat them out for a spot on the 25-man roster.  His poor 2013 made him expendable and the Yankees probably felt they had enough MiL depth in Triple-A to cover for injuries.

It sucks for him and hopefully Marshall clears waivers and stays in the organization, because I do think he can develop into a decent pitcher, but that's life for a low-ceiling prospect on a team with constant 40-man roster issues.