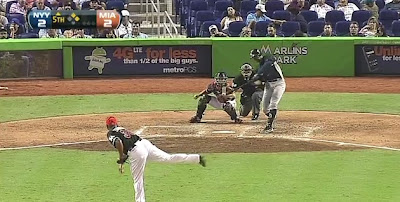 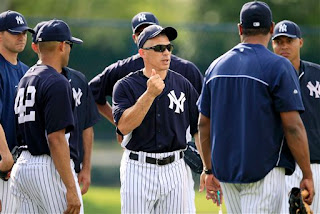 ("Alright, everybody. Remember to study those matchup binders!" Courtesy of The AP)﻿ 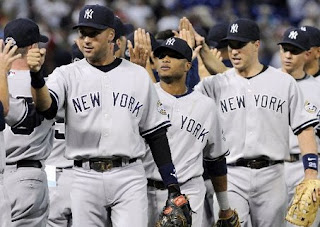 The 2012 New York Yankees lineup will look almost identical to the one they put on the field for the majority of the 2011 season.  For a big budget team with all its big guys under contract, that's not very surprising.  What is surprising is the path the Yankees chose to take in changing the lineup this season, as what was supposed to be an injection of youth in the form of Jesus Montero as the everyday DH turned into a blockbuster trade to improve the rotation and a subsequent cost-conscious signing of an aging player not much younger than Jorge Posada was when he was the Opening Day DH last year.  There might be a bit of a course for concern here, as there are some members of the Yankee lineup who have settled into the downside of their careers, and a young bat like Montero's could have been the perfect way to balance the past and present that those players represent with the future that Montero represented.  Even in the downside, however, the Yankee veterans are still capable of producing at an above-average level.  It's exactly how far above the above-average level that will determine whether this lineup takes a step back towards the rest of the pack or once again lays claim to being the best lineup in baseball.

At the top of the order, things will look the same as they did last season with the The Captain, Derek Jeter, leading off again.  Jeter is coming off a major up-and-down season in 2011, with the first half being way down and the second half being way up.  He'll be looking to build off that strong finish to his 2011 and after a slow start in camp, and another calf injury, he has picked it up recently at the plate and still looks to have enough bat speed to be effective.  His defense at short is what it is at this point, and expecting a repeat of his 2011 second half for a full season might be overreaching, but another solid all-around year would go a long way in building confidence that Jeter can remain useful through the remaining life of his contract.

Hitting behind Jeter will once again be center fielder Curtis Granderson, coming off a career year and a year not had by a Yankee outfielder in quite some time.  Curtis has come out of the gate swinging in 2012 and looks primed to put together another MVP-caliber season.  Projections across the board have him slated for a drop in power production, which is reasonable to expect after the 41 home runs he put up last year.  But Granderson is so tuned in to his new swing mechanics that he can recognize when his swing is on and when it's not, something that could never be said about Granderson before.  Even if the HR numbers drop, Granderson's increasing self-awareness at the plate and goal to cut down on strikeouts could lead to another monster year without the 40+ dingers.