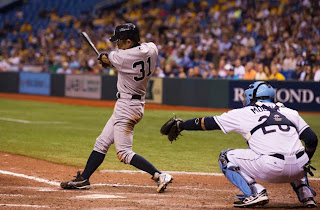 - Is it just me or is the CC Sabathia velocity thing getting a little overhyped now?  I know it was a concern in his first few starts simply because they were the first few starts back after surgery and after a scaled back ST, but at this point shouldn't everybody just let it go?  CC's outing on Monday wasn't pretty, but it had nothing to do with velocity.  He threw the ball harder in that start than he did in his previous start.  CC's problem on Monday was location.  He missed with a few offspeed pitches up, and he caught more of the plate than he wanted to with a few early-count fastballs.  The previous three starts and the rest of Monday's outing are proof that CC can be effective without throwing 94-96, and he's been making the transition to a more refined offspeed game for over five years now.  His changeup is really good, his slider is really good, and he knows how to mix pitches to both right and left-handed hitters.  He's going to be fine. 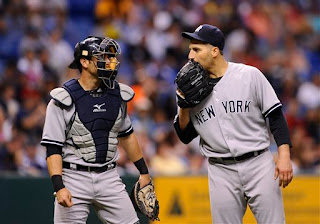