According to police in Franklin Lakes, N.J and as first reported on Deadspin, Gooden has been charged with driving under the influence of unnamed drugs, leaving the scene of an accident and child endangerment after a two-car crash on Tuesday morning.

For good measure, he's also being charged with "failure to notify change of address regarding driver's license."


Well I guess somebody better load their handgun and go find Doc, because that motherfucker is going back to jail.  And you know what?  I don't feel a bit bad for the guy.

I'm sure this isn't going to be a popular post and most people might not agree with me, but fuck Doc Gooden.  Why is him getting arrested even newsworthy anymore?  The guy has been given more free lives than Catwoman and yet every time he gets picked up for possession or DUI he sings the same sad song about learning his lesson and needing to get his life together and we all get sucked into the "look at what a tortured soul Doc Gooden is; he's really a great guy with some problems" vortex of bullshit from people who can't look past his first few dynamite years with the Mets or his no-hitter with the Yankees in '96.

Don't get me wrong, I loved Doc when he was on the Yanks.  Even being just 11 at the time, I was old enough to understand that this guy had fallen flat on his face and it was good to see him get himself back together and reclaim a bit of his old magic on the mound.  One of my fondest Yankee memories is watching him pitch his no-hitter and seeing the sheer joy on his face as he basked in the atmosphere of the occassion after the 27th out had been recorded.  But those days are long gone, and with his rap sheet since then it's clear that those days were an aberration and the Doc Gooden who was picked up yesterday with a pocket full of pills at the scene of a car crash is the real Doc Gooden: a low-life, addict schmuck with no sense of responsibility as a man, no self-esteem, and no self-control.

So fuck him.  I'm done with Doc Gooden.  I don't care that he got arrested again.  I don't care that he's probably going back to jail.  And I really don't care if he ever gets his shit together because it's just plain not going to happen.  As the great Blake from Glengarry Glen Ross said, "A loser is a loser."  And Doc Gooden is a loser.  Period.  If I want to read about losers on my sports pages and blogs, I'll check how the Red Sox are doing.  I don't need Doc Gooden taking up space any more.
Posted by Unknown at 6:26 PM No comments: 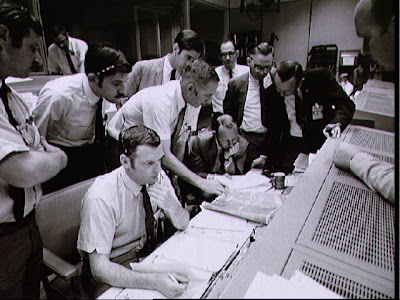 A nation sits breathlessly waiting as the Yankee heads, bigwigs, and decision makers prepare to gather at some secret, underground location over the next few days to decide who the 5th starter will be, and with that decision decide what path our country takes as we move forward into the new decade.

Fuck the new Health Care plan, THIS is the most important story in America right now. How the next few days were not declared national holidays is beyond me. The future of the very fabric of our country is at stake here. Airport security has been tightened, the threat level has been increased to orange, and buttholes have been tightened in anticipation. And all we are left to do is wait and ponder...


P.S.- Are the Yanks planning on doing some kind of Pope-like announcement of the decision? Blue smoke if it's Hughes? White smoke if it's Joba? What's the deal with this? Something this monumental needs more than just a press release and a Tweet confirmation from Tom Verducci.
Posted by Unknown at 11:37 AM No comments: