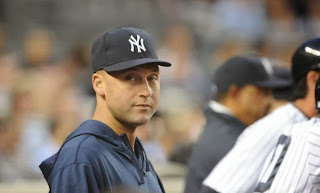 Guess he wasn't as "torn" between New York and Chicago as it seemed.

As formally announced by the team just minutes ago, the Yankees and manager Joe Girardi have agreed to a new 4-year contract that will keep him at the helm through 2017.  No specifics of the deal or money has been announced, but there is a conference call scheduled for 4 PM and I expect those details will come out then.

Smart move by the Yankees.  Joe was and is the best man for the job.  More on this story as it becomes available.

** UPDATE 2:17 PM- Jon Heyman reporting that the deal is worth $16 million plus bonuses.  Pretty fair raise from Joe's last deal and not as steep as I expected. **

** UPDATE 3:33 PM- Via the conference call, Joe said he initiated the discussion about a 4th year, saying he liked the stability it brought. **

Posted by Unknown at 2:16 PM No comments: 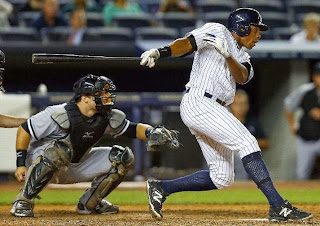 "Mr. Newman, this is Dellin Betances."

"Well, I was hoping I could get your permission to pitch in the Dominican Winter League this offseason.  I know I made some strides on improving my command once you moved me to the bullpen and I'd like to continue working on refining my mechanics so I can win a spot on the Major League roster next spring.  I know it's my last chance."

"Refine your mechanics, eh?  That would be beneficial to both you and our team.  We're going to need arms in the bullpen and you'd be an ideal option as a cheap, homegrown player.  But I'm sorry, I just can't allow that.  Thanks for calling though.  Enjoy your offseason."

I'm sure it didn't go down quite that way, but I really don't understand the Yankees' decision to not let Betances pitch in winter ball.  He obviously still needs the work to be an effective Major League reliever, and it's not like he threw an overwhelming number of innings this year (89.0 total between Triple-A and the Majors).  I hope the team has something else in mind for him if they don't want him pitching in game situations.  Letting somebody with sloppy mechanics like his sit all winter is hardly a smart plan when he's one of the players being considered for a bullpen spot next year.