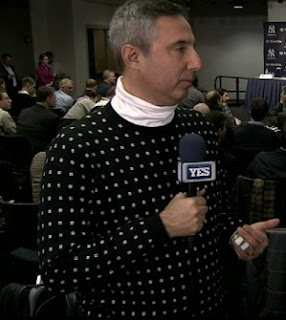 - More of this from the offense:

- A couple of solo home runs should never beat you, but that's essentially what this series has come down to so far.  The Yankees have one more chance to get something out of this series today.

Posted by Unknown at 9:41 AM No comments: