Where Should C-Grand Bat When He Returns To The Lineup? 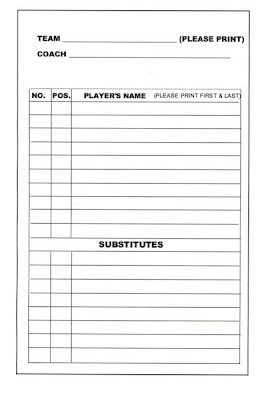 With the possibility of Curtis Granderson returning to the lineup this week on the horizon, it is worth asking the question of where should he hit?  By now it should be obvious to everybody that the injuries have caught up to the Yankee lineup.  Guys like Cervelli and Brett Gardner have started to level out and come back to Earth, other guys like Marcus Thames, Randy Winn, Ramiro Pena, Greg Golson, and Kevin Russo should just not be getting everyday Major League at-bats, and the rest of the regulars (Jeter, A-Rod, Teix, Cano, Swish) have for the most part done nothing over the past 2+ weeks.  Considering all of that, where does C-Grand seem to make the most sense?  I personally think that upon his return, the lineup should look something like this:

Between Nick Johnson's rough start and injury and Brett Gardner's recent slump, the Yanks have gotten next to nothing from the 2-hole in the lineup.  Granderson would add some much-needed pop to that spot and could give Jeter a little more protection than he's getting right now from Gardner.  Just like Gardner, Granderson's speed makes him less of a risk to ground into double plays, as does his high K rate.  But unlike Gardner, Granderson's pop allows for more RBI opportunities early in the lineup, both for him and for The Horse and Teix behind him.

The argument could be made for Swish in the 2-hole, but given his new approach at the plate this season and his resulting high contact rate and current career high batting average, I would rather have him in a spot in the middle of the order where he can drive in runs.  I can live with Granderson striking out with Jeter on base and leaving A-Rod and Teix 2 outs to work with to get the run home as opposed to him striking out from the 6-spot with runners on and 2 outs to end an inning.

You platoon Thames and Miranda at the DH spot depending on whether the opposing pitcher is a righty or lefty both to maximize their value as hitters and to guarantee that Thames never sees time in a Major League outfield again.  DH'ing him allows the Yankees to put their strongest hitting lineup out along with their strongest possible defensive lineup to start a game.

Lastly, you bump Frankie and Gardy back down in the order, where they thrived to start the season.  These guys have proven themselves as capable everyday Major League players, but still not quite capable of being consistent in high-impact situations (run producer in the 6- or 7-spot for Cervelli; table setter in the 2-spot for Gardner).  By moving them back down, the Yankees would take some of the pressure off of them and allow them to get back to doing what they did best at the start of the year.  Plus, having Gardner at the end of the lineup allows the Yanks to re-establish that cyclical pattern to their lineup that they started the year with and put Gardner in the position to help create runs with the top of the order coming up behind him.

That's just what I think makes the most sense, but what do I know?  I just have a marketing degree.  Obviously Granderson isn't going to be plugged back in and expected to start raking immediately.  There is going to be a period of adjustment as he gets used to playing every day again.  But I will still take a recovering, rehabbing Curtis Granderson over a 100% Randy Winn or Ramiro Pena (no offense, guys) any day of the week.
Posted by Unknown at 3:37 PM 1 comment:

Yankees Gain Half A Game In The Standings!!!

That's what I'm talking about, baby!!  You know the slump is over when the Yanks are chopping their deficit in the division to pieces without even playing a game!

I don't even know why Minnesota is bothering to show up tonight.  The Bronx Bombers are BACK!!!!!
Posted by Unknown at 9:35 AM No comments: