2013 Season Review: What We Thought We Knew & What We Learned (The Bullpen) 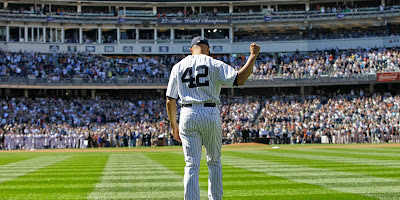 If there was anything that could conceivably derail the Yankees' yearly tradition of having one of the best bullpens in baseball, it would be the loss of Mariano Rivera.  That's a reality they had to face for the first time in 2012 after he went down with a season-ending ACL tear, and it's a challenge they met head on thanks to an all-around "next man up" effort from the remaining healthy cast.  Rafael Soriano proved to be a valuable signing when he was there to take over the closer role last season, allowing everybody else to stay in their usual roles and not compromising the depth in the 'pen that has become a Yankee staple.

Soriano was out after last season, a compensatory draft pick taking his place, and Mo made his gallant return to his 9th inning throne.  Also returning from injury were Joba Chamberlain and David Aardsma, along with much of the same cast that did the job in 2012.  The Yankee bullpen was once again primed for a big year in 2013, with a few minor (and 1 major) details that needed to be ironed out.  The late-inning crew did their job, but it was those unresolved details in the middle relief department that really defined the 2013 bullpen's campaign. 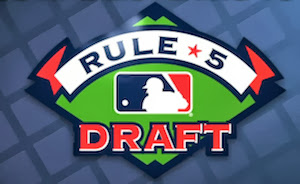 In a little less than 2 months, the MLB Winter Meetings will wrap up and hot stove season will be brought to a full boil.  At the end of the meetings, the 2013 Rule 5 Draft will be held and the Yankees could find themselves in a tricky spot for that draft this year.  It's no secret that the Yankees have a crowded 40-man roster on their hands right now.  It's something that seems to have been a growing problem for the past few years, a byproduct of an aging roster full of big contracts and an organizational desire to both protect its top prospects and keep the below-replacement level players blocking them around (see: Nix, Jayson or Stewart, Chris).  With an unknown number of roster spots opening up and a large group of Rule 5 eligible players worth protecting, the Yankees might be at risk of losing a useful prospect or 2.