2014 Season Preview: What We Know And What We Don't Know (The Infield) 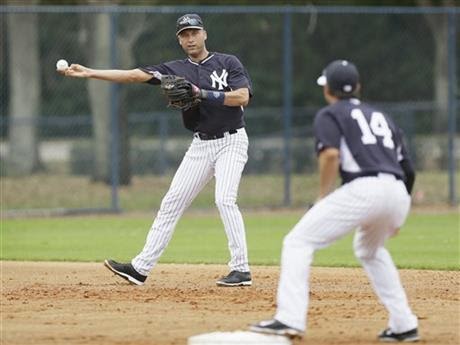 (That's almost 80 years of middle infielder right there.  Courtesy of the AP)

While March 17th holds a special place in most of our hearts as a day of calling out of work and engaging in drunken merriment, the feelings and associations in most MLB camps today are not as jovial.  The start of this week signals the beginning of the end of Spring Training, the final 2 weeks until the start of the regular season and crunch time for those fighting for a roster spot.  The days of soft toss, base covering drills, and outfield jogs are over.  We're well into the meat of the ST game schedule and now everything matters.  Early cuts have already taken and are continuing to take place as teams whittle their rosters down to the real contenders for the Opening Day 25-man, and with the Opening Day rosters starting to take shape the questions start to shift from "who's going to make it?" to "what are they going to do?"

It is with that shift in mind that we move into Week 2 of the 2014 AB4AR Season Preview with the start of the "What We Know & What We Don't Know" series.  As always, we start with the infield. 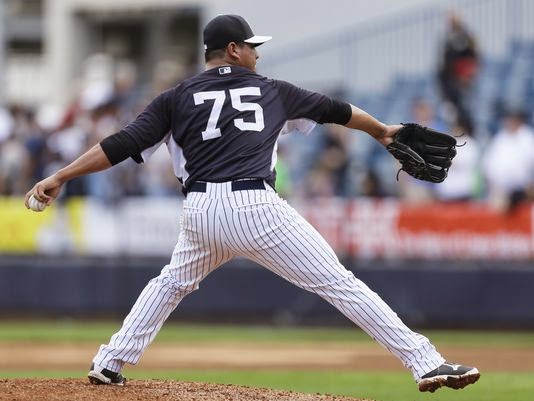 Months back, I wrote a post advocating for Manny Banuelos' inclusion in the Spring Training rotation competition if he was healthy enough to do so.  My thinking was that if he showed no ill effects from the Tommy John Surgery that cost him his 2013 season, he offered more upside as the 5th starter than anybody else the Yankees had in-house.  I didn't expect the Yankees to deviate from their cautious plan with ManBan, but I would have been fully on board with the idea if they did.

As it turns out, there were plenty of ill effects from Banuelos' TJS on display in his 2 Spring Training outings, although none that were physical or arm-related, and ManBan made it easy for the Yankees to cut him from Major League camp yesterday morning and assign him to High-A Tampa camp.  While his fastball velocity was encouraging in the low 90s, his command wasn't there on any of his pitches and Banuelos got knocked around for 7 ER on 4 H and 3 BB in 1.0 total IP over his 2 appearances.  Like most other pitchers who come back from TJS, ManBan has a long way to go to regain the feel for his stuff and the best place to start doing that is in the Minors.

I almost let this slip through the cracks, but Tony Blengino of FanGraphs went through an exercise last week ranking each MLB team's farm system in terms of impact.  Blengino defined "impact" as the number of players who "project as likely above average major league regulars," so it doesn't come as a shock that the Yankees ranked in the lower tier of this exercise.

The only true "impact" player that Blengino identifed was Gary Sanchez, although he did also tab Tyler Austin as a potential "non-impact MLB regular".  As was the case with most other organizational rankings this past offseason, the Yankees' strong group of lower-level prospects that could turn into "impact" players in the next few years kept them from falling further down the rankings.

Not the most clearly defined or statistically-supported method, but an interesting read nonetheless if you're looking for a different prospect evaluation method.

After 2 losses on Saturday, the Yankees bounced back to win both their split squad games on Sunday.

- Masahiro Tanaka got the start in Tampa and he was very good again.  Went 4.1 innings, gave up a single run on 3 hits and his first 2 ST walks, and struck out 6.  Reports make it sound like he was throwing his offspeed stuff more than his fastball.

- In Panama, CC Sabathia was stellar in his 5 innings of work against the Marlins.  No runs, no hits, no walks, 5 Ks.  The big guy's velocity was still 88-89 tops, but his command was much better and he was hitting his spots.

- Tyler Austin took live BP and is on track to get into a game this week.  Brendan Ryan took swings and fielded grounders.  Still no exact timetable for his return to game action.

- Manny Banuelos was the latest roster cut, and he could start lower than Triple-A to spend more time shaking the rust off.  58 players left in camp.