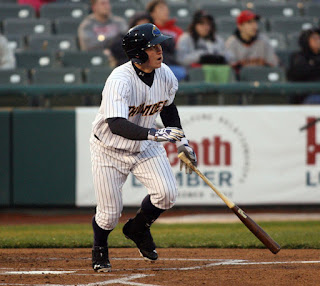 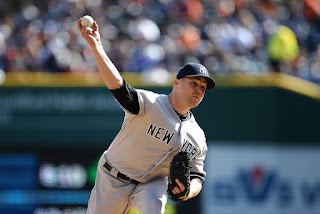 Do you see that?  That's David Robertson's pitch breakdown from his 9th inning appearance last night.  Do see you those percentages?  Do you know what that means?  The term "unhittable" gets thrown around a lot these days anytime a pitcher has a good outing and sometimes it gets used improperly.  Last night was not one of those cases.  D-Rob threw 10 strikes out of 15 pitches last night. All them were swinging and 8 of the 10 were swung at and missed.  Not a single ball got put in play, only 2 had contact made, and D-Rob struck out the side.  Robertson was pretty much unhittable last night, truly unhittable.

I made the comparison to Mo last week and last night was one of those outings that was very reminiscent of Mo at his best.  D-Rob was out there throwing whatever he wanted and the other team was absolutely helpless against him.  It's been a while since Robertson has held down the fireman role, but he was in top form last night.  The inning could have started with the bases loaded and the Orioles still wouldn't have had a chance.  For old time's sake, somebody hit the music!

Posted by Unknown at 9:46 AM No comments: 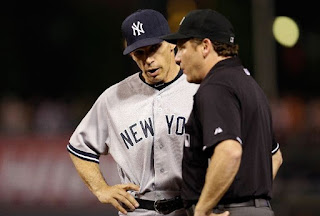