Jeter Says He's Been Working Out For 2 Months, Confirms What I Most Feared About Last Offseason & Already Knew About His Medical Skills 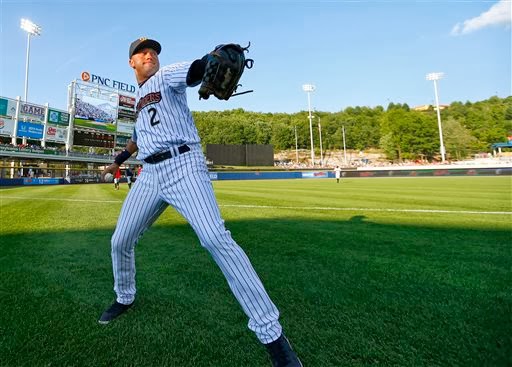 Saw the highlights of Derek Jeter's MLB Network interview over on LoHud this morning and his comments on his offseason workout status stood out the most to me, for obvious reasons:

“I feel good. It’s been a good offseason. Last year at this point, literally I’d just come out of the boot. I’ve been working hard since the beginning of November. … I don’t know if I learned anything (from last season), I just had more time. It’s my fault. Look, I rushed to get back. I wanted to be back. I set the goal for Opening Day. I don’t know how real that goal was, but set it, and it’s my fault. I really didn’t have enough time, or I didn’t take enough time. I wasn’t careful like I should have been.”

Couple of things here, one good and the other not so good.

Yesterday was the deadline to submit contract figures or accept a deal to avoid contract arbitration, and as expected all 5 of the Yankees' arbitration-eligible players agreed to new deals before the deadline.  Joel Sherman was the first to report most of the signings, and if you missed any of them yesterday here's how the new deals broke down.

The higher values than what was projected for guys like Gardner and Nova puts the Yankees right up against the $189 million LT threshold.  With the starting rotation still needing an arm or 2 added to it, I think it's safe to say that the Yankees won't get under the threshold this year.