It's Friday afternoon again, it's pay day (at least for me), and we're a little over 2 days away from The Super Bowl.  That means it's time for another Linkapalooza.  Dig it.

- On Monday, Brien Jackson of IIATMS had a piece suggesting that the Yankees have too much talent in their bullpen and floated the idea of shopping D-Rob to see if they could bring in a good young bat.  I've never even considered either of these theories, but Brien makes very good arguments for both.

- On Tuesday, Chad Jennings of LoHud had a very insightful interview with Mason Williams.  I think my post yesterday made it abundantly clear what I thought of this interview.

- In keeping with the interview theme, Sensei John Kreese of NoMaas interviewed Tyler Austin on Tuesday as part of their always-ongoing "Stealth Bomber" series.  I liked Austin's comments on base stealing.  Kid already seems to have a great approach to that part of his game.

- Ricky Keeler of Yanks Go Yard took his shot at breaking down the battle for the 5th rotation spot.  His choice?  A.J. Burnett.

- On the other side of the A.J. Burnett coin was Rebel Yankee Chick's take on Cash's recent comments about A.J.  I don't know if she read my take on those comments, but I'm picking up what she's putting down.

- To round out the interview parade this week, we've got fishjam25 of Yankees Fans Unite talking to Low-A Charleston's hitting coach, Greg Colbrunn.  The parts that stood out to me most were Colbrunn talking about his hands-off approach with young hitters and the skill/name association game they played.  A definite must-read.

- Earlier today, Larry Koestler of RAB expanded on my A.J. theories from earlier in the week and dug deeper to see if there were some trends in what pitches A.J. is throwing in particular counts.  It's always great to have people out there smarter than me who think about these things that I don't.  I'll set 'em up, you knock 'em down, Larry!

- Also from RAB, yesterday Mike Axisa proposed Andre Ethier as a lefty DH candidate.  The numbers certainly make him look perfect for the job, but I don't know if I'd be willing to part with Betances and Romine to make it happen.

- William Juliano of The Captain's Blog looked into the Mark Teixeira bunting situation by breaking down his hitting splits to all fields from both sides of the plate.  His conclusion that Teix should be looking to drive in runs no matter what is right in line with my feelings on the matter; William just has better numbers to support it.

- A pair from TYA, the first from Michael Eder, who on Wednesday looked at how Michael Pineda's 2011 numbers stack up against other pitchers' rookie seasons in the past decade.  3rd pitch or not, the numbers show that Pineda is already damn good and stands to get even better.

- Yesterday, EJ Fagan shed the light of perspective on Manny Banuelos, reminding those of you out there who had forgotten that ManBan is still just 20.  At a time when he should be prepping for his junior year of college, he's pitching in Triple-A.  That's impressive and says good things about his future potential.

- Normally, I only try to reference ESPN when Wallace Matthews is saying something stupid, but I gotta hand it to him.  His "25 Questions, 25 Days" series on ESPNNY is top notch.  If you aren't already checking it out daily, you should be.

- Lastly, just because I've moved away from writing about the NFL here doesn't mean I'm going to let The Super Bowl completely fly under the radar.  Jamie Insalaco of Bomber Banter offers a pretty straightforward explanation as to why the Giants are going to win on Sunday.  So that's good news for you if you're a Giants fan.

P.S.- You all lucked out this week on my empty Katy Perry threat (sorry, Dennis).  Next week I won't be so nice.  Hit me with some good requests, anything.  And if you're one of the many who haven't done it yet, do me a solid and "Like" AB4AR on Facebook.
Posted by Unknown at 2:30 PM No comments:

Some Chick Was Stalking Cash? 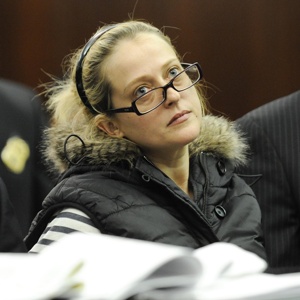 (Courtesy of Steven Hirsch/NY Post)
Meh.  I've seen better.  Stalkers are like big contracts.  You only want to have one on your hands if it's an elite, game-changing talent.  This chick is not that.

I will give her props for extorting a little coin from the Cash Man, though.  This is the same guy who straight up robbed Swish from Kenny Williams, turned water into wine with Freddy and Bartolo, and just made a damn good trade for a 22-year-old power pitcher.  He's usually pretty tough to out muscle in the dollar game.

P.S.- Is this why Cash hasn't traded A.J. yet?  I imagine it can be a bit distracting closing a deal with another GM over the phone when you've got your stalker holding on Line 2.
Posted by Unknown at 7:50 AM No comments: