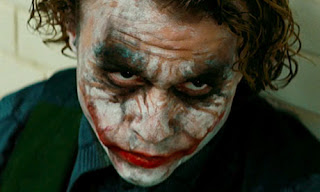 (No, that's not Cash)
The Yankee blogosphere and their comments sections have been abuzz after reports started coming out about Cash's comments at yesterday's WFAN breakfast, particularly the ones about Jeter moving to center field and Joba no longer being a starter option because of his 2008 injury.  From yesterday afternoon into yesterday night, I noticed the topic of conversation shifting from Cash's comments themselves to why Cash was even commenting at all.  This morning, Steve S. of TYU, set the record straight on a lot of Cash's comments by discussing them in the context in which they were said, which he knew because he actually attended (something many of us did not do).  I would invite everybody to read that post because there's a ton of other interesting points in there beyond Jeter and Joba, but on the topic of Cash and his sudden willingness to open up in the media, this statement by "T.O. Chris" in the comments section really stood out to me:

"I agree with all this and add that I think Brian is finally feeling like a man who has taken over his fathers business in a since after simply running it for/with him, he has come out of his shell more so to speak, by that I mean he isn’t as guarded with what he reveals to the media and he seems to operate in a manner that says he doesn’t really care what the media says about him or the Yankee brand so long as he knows everything is being taken care of unlike in the past when the Boss seemed to take things a little more personal." (courtesy of TYU)

To everybody out there who thinks Cash should shut up, or thinks he's trying to get fired, or thinks that his being open and honest is a sign that he's not coming back after this season, read that comment, think about it, understand it, and then calm the fuck down.

Brian Cashman has been the Yankee organization for a long time.  He's been a part of building multiple World Series-winning teams.  His track record speaks for itself.  He has shown himself to be a pretty smart dude over the years and now recognizes that he doesn't have to tip-toe around the media for fear of the Big Bad Boss bringing the hammer down on him for some comment he read in the NY Post.  It's no secret that George Steinbrenner thought himself a baseball man (even though he wasn't) and history is littered with stories of guys who were verbally assraped by The Boss, so from Cash's perspective, why bother putting yourself through that headache if you don't have to?

Hank and Hal, on the other hand, don't seem to fashion themselves as big baseball men.  They carry the same passion for winning that George had, but don't feel the need to be involved in EVERYTHING.  Under them, Cash has the benefit of being more in control of the player personnel decision making thanks to the "autonomy" he was granted, and so wouldn't it just make logical sense that he would also have more freedom to speak to the media on personnel matters?

Cash recognizes that he has more power and more clout within the organization.  It really is "his" team to run and, as a result, he has become more comfortable not only making the decisions, but discussing them.  And as the GM of the team, the guy making the decisions, that should be his right.  I see Billy Beane in the media all the time.  I see Jerry Reese in the media all the time.  If anything, people shouldn't be freaking out about Cash suddenly becoming more open and vocal in voicing his opinions, they should have been freaking out years ago when Cash was hardly ever saying ANYTHING.  If Cash has opinions on particular players, particular deals, or particular situations within the organization, I as a fan WANT to know them and I WANT to hear them.

And as for the comments themselves, it's not like Cash said anything that plenty of other Yankee fans out there haven't thought before.  Do we really want to see Jeter at short when he's 40?  Shit, there have been discussions about his defensive decline for the last 3-4 years, and now suddenly when the GM of the team suggests that said decline could reach a level that requires him to play a new position, it's blasphemy??  Come on!  Cal Ripken moved positions, Robin Yount moved positions.  What makes Jeter any more special than those guys?

It should be obvious to everybody that Cash isn't making these statements as an attempt to personally attack people, but as a man in charge of a business.  He's making business decisions and should be allowed to comment on those business decisions as he sees fit, especially as he has become a more powerful player in that business.  Don't get on the guy for doing his job.  And don't get on him for making a perfectly reasonable statement about Derek Jeter.  I like Jeter as much as any Yankee fan, but the more important thing is always the name of the front of the jersey, not on the back.

Cash is the one voice that we should all want to hear discussing situations like this, whether we agree with his assessment or not.
Posted by Unknown at 1:13 PM 4 comments:

Hank Gets In On The Media Action

I haven't heard from Hank in a while.  What's he been up to?   I'm curious to see if he's going to become a little less vocal to counterbalance Cash's recent increase in openness with the media, kind of like a 'yin and yang' thing.

"We will do what we have to do to win.  We have the highest payroll and the reason is we are committed to our fans to win.  We just have to fucking win." (via The Post)

Guess not.  Good to see Hank hasn't changed a bit. 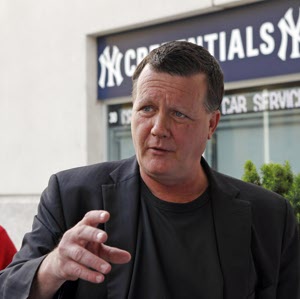 Posted by Unknown at 8:56 AM No comments: