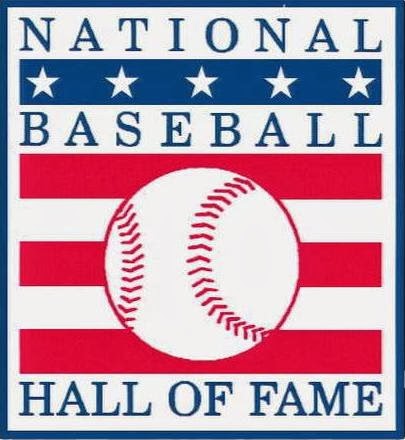 There's no big story in Yankeeland today and the only big story in baseball is the announcement of the 2014 HOF electees, so might as well write about it.  You've probably already heard the news by now, but if not Greg Maddux, Tom Glavine, and Frank Thomas were all elected today by the BBWAA.  Craig Biggio just missed out on making it, by 2 votes reportedly, and nobody else was really that close.

No Yankees made the cut this year, which wasn't a huge shock.  Mike Mussina came in with 20.3% of the vote, Roger Clemens got 35.4%, and Don Mattingly just 8.2%.  After the jump, some other factoids on the voting that will pleasantly or unpleasantly surprise you depending on where you stand on the PED issue and how you feel about the voting process in general:

The First Hint Of A Backup Plan At Third Base, And It's Not Good

I feel like I write this phrase every second or third day about one position or another, but the Yankees have been very slow to address their third base situation this offseason.  The slow play in this instance is perfectly understandable, as they're still waiting for the arbitrator's decision on Alex Rodriguez's suspension appeal.  Once that decision comes down and the Yankees know how long he's going to be out, they can move forward with a contingency plan.

There has been little indication so far that there is a clear contingency plan in place.  The trade talks about the Chase Headleys of the world have died down, the free agent market is very thin, and the one guy who makes the most sense (Mark Reynolds) doesn't appear to be high on the team's wish list.  According to Wally Matthews of ESPN NY, the backup plan for A-Rod could already be on the roster:

"According to baseball sources I have spoken with, who have knowledge of the club's thinking, the plan right now is to get by with Kelly Johnson and Eduardo Nunez at third if A-Rod is shelved by the arbitrator."

Yeesh.  That's not encouraging at all if these unnamed sources are reliable.  Johnson is fine as a bench player/platoon infielder but Nunez is a complete disaster in the field and not much better at the plate.  Planning to address the biggest postional roster hole with a platoon that includes a negative WAR player would not be a smart move and would weaken an already shaky projected infield.  Here's hoping this is just the plan for "right now" and not for the remainder of the offseason.  There are better options out there than Nunez.