If you want to know what I and the rest of my TYA colleagues think about who should/shouldn't be the 5th starter in this new rotation, head over there and check out this post.  Pretty much every possibly scenario is covered.

If you haven't even started to consider who you'd like to see in that last rotation spot (Hughes, A.J. Freddy, someone else), this is a great way to read well-reasoned arguments for all 3 of the major contenders and form your own opinion.
Posted by Unknown at 5:12 PM No comments:

Shut The Hell Up, Valentine

Bobby V doesn't seem too high on the Yankees' recent acquisitions, saying that the New York rotation is "probably" better.

Listen, Bob.  I know you've been outta the coaching game for a while and doing the studio analyst thing, and you probably forgot what your job was when you said this.  But this is the kind of stuff you reserve strictly for the Baseball Tonight set, especially when your club is bringing in the immortal Aaron Cook to patch up the back end of your rotation and still employs John Lackey.  You're spending all your time talking about whether or not Tim Wakefield and Jason Varitek's carcasses are going to be invited to Spring Training while Cash is snatching up exactly what your club needs.  So like my mom always used to tell me; if you don't have anything nice (or smart) to say, then just shut the fuck up. 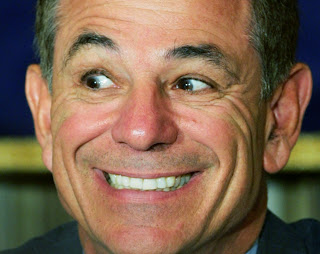