The initial Tanaka Watch was fun, and it had a really great ending when he decided to sign on the dotted line with the Yankees.  Now that he's part of the team, we can officially kick off Tanaka Watch 2014 with this announcement from the AP:

"Japanese pitcher Masahiro Tanaka has obtained a work visa and could depart for the United States as early as Sunday.

Tanaka, who signed a $155 million, seven-year contract with the New York Yankees last month, obtained his visa on Tuesday and is preparing to leave for spring training which starts of Feb. 15, a member of Tanaka’s support staff said on Thursday.

Tanaka, who has been working out in Sendai, said 'I am in better shape at this point compared to previous years.'”

This Tanaka Watch won't take very long, and I'm pretty sure I can already predict the ending, but it's an appropriate buildup to his introductory presser.  That should be an entertaining media shitstorm and a great way to get Spring Training off and running.  Can't wait.
Posted by Unknown at 2:35 PM No comments:

Imagining A World Where Brian Roberts Is Healthy And Productive 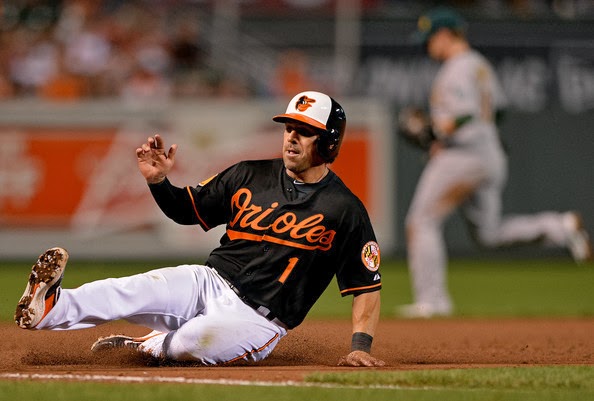 (Don't tweak a hammy there, bro.  Courtesy of Getty Images)

Between all the moves the Yankees have made this offseason and the players they have returning from injuries, the one position where they really downgraded is second base.  That was an inevitability when their former second baseman happened to be the best second baseman on the planet, and the team's attempts to replace Robinson Cano have been pretty lame.  Plans for a true platoon at the position have fallen by the wayside as a result of their equally lame attempts to find an adequate starting third baseman, and when Spring Training starts the Yanks will open camp with 36-year-old Brian Roberts penciled in as the everyday man at second.

I say penciled in because we're all familiar with Roberts', ahem, diverse injury history over the past 4 years.  Jokes about his eventual DL trip(s) have become a staple across each and every comment section in the Yankosphere and justifiably so.  For whatever reasons, Roberts has been unable to shake the injury bug and stay on the field.  There's little reason to expect that to change in 2014, but all the jokes at Roberts' expense have overshadowed the fact that the guy is a 2-time All Star and was, for a good stretch of time, one of the best all-around second basemen in the game.  That being the case, what if Roberts were to buck the trend and somehow manage to stay healthy AND productive this season?  What would that do for the Yankees?

Hey David Phelps, Is That A Banana In Your Pocket... ? 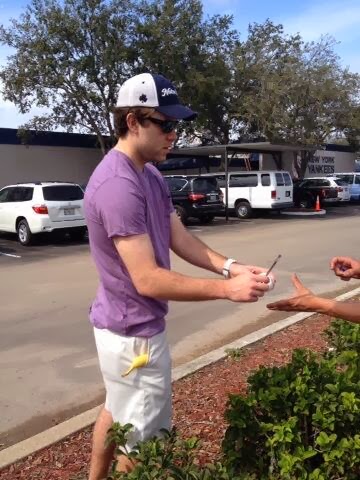 Or are you just happy to be at spring camp?

Posted by Unknown at 7:49 AM No comments: