Report: CC Returns To The Mound

It's been 2 weeks since CC Sabathia began rehab work on his right knee in the form of low-impact treadmill walking and playing catch.  Via Meredith Marakovits, that rehab schedule took a major step forward when he got back on a mound for the first time yesterday to throw a bullpen session.  Per Marakovits' report, Sabathia said he was encouraged and that his knee felt good.  If that holds through today's off-day and tomorrow's scheduled 'pen sesh, the next steps in the comeback plan can start to come together.

Cash declared CC out "until at least July" back on May 19th.  4 weeks and a day have passed since then and this is the first real significant progress CC has made.  I have to think the team is going to take it extra careful with him from here as they start to work him back into game shape, perhaps even more carefully than they're taking it with Pineda.  With the years and money still owed to him, that would be a wise move.

The Yankees are fresh off their second 9-game road trip of the season and this past one was the tougher of the 2.  3 games against a red hot Royals club, 3 against an unexpectedly competitive Seattle team, and 3 against the best team in the American League in the A's.  They came through it with a positive 5-4 record, although those results did little to help them gain ground in the AL East race.

That race comes back into full focus for the next month, starting tonight when the Yankees host division-leading Toronto for a 3-game set.  It will be the first of 5 straight series against AL East opponents, including another 3-gamer in Toronto this time next week, and 12 of those 15 games will be played at home.  Tonight marks the first time the Yankees have faced a divisional opponent since the first week of May and the first time they've faced the Blue Jays since the second series of the season when they took 2 of 3 in Toronto. 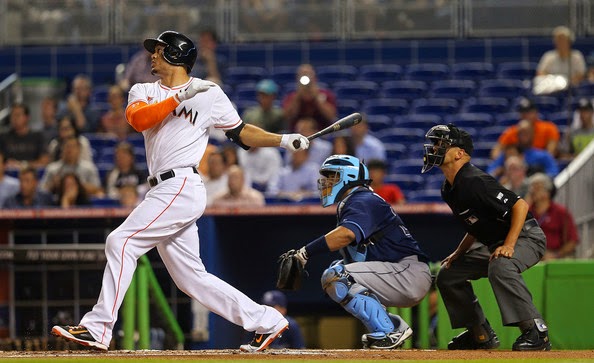 Nothing official yet.  Won't be until later today.  But all signs point towards Francisco Cervelli being activated off the DL today to rejoin the team at home for the series opener against Toronto.  When that happens, the most likely candidate to give up his roster spot for Cervelli is the current backup catcher John Ryan Murphy.

Murphy has performed admirably in his role as backup to the backup.  He hit .286/.308/.365 in 65 plate appearances, handled his defensive duties well, meshed with his pitchers, and generally seemed to take positively to his second stint in the Majors.  In my eyes, and in the eyes of many others, he did enough to warrant keeping that job for the present and the future.  That said, it couldn't hurt to get him back down to Triple-A for some regular ABs.  If the team does fancy him a bigger part of their future than Cervelli, they need to get Cervelli back into games to build up some trade value for him.  In that sense, this move works for all parties involved and is a positive side effect of having the kind of catching depth the Yanks do.

So welcome back, Frankie.  Try not to sprain, strain, tear, or break anything on your way around the clubhouse today.