According to source, the $310M demand from Cano's side remained until Tuesday, though it was lowered "very slightly." Sides still far apart.
— Mark Feinsand (@FeinsandNYDN) November 27, 2013

That tweet came on the heels of Feinsand reporting that the 2 sides spoke today but did not meet.  Doesn't sound like this week's discussions led to much progress, but that really doesn't come as much of a surprise.  There's no reason for Cano's side to lower their asking price significantly this early in the game and there's no reason for the Yankees to raise their offer at all knowing they're still the only team who's made one.

Sooner or later, somebody will have to blink and right now the Yankees are still in the more favorable position.  Let's see where the talks go next week.

Posted by Unknown at 4:30 PM No comments:

What About Third Base?

Regardless of you how you feel about how they're prioritizing this offseason and who they're going after, the Yankees have to be commended for the proactive approach they've taken.  Recognizing that this past season's penny pinching/washed up veteran reclamation project approach was not the right way to contend on a budget, they've wasted no time in identifying their primary and secondary free agent targets and appear to be making a strong effort to upgrade every major area of need on their roster.

Every area, that is, except for third base.  The Yankees used 9 different players at the hot corner in 2013, best among them Alex Rodriguez.  While they've stated that they are planning on having him around and at third next season, there's a very, very good chance that he ends up suspended for at least 50-100 games.  Even if he beats the odds and is free to play for the whole season, A-Rod no longer has the ability to be an everyday third baseman after years of injury problems and surgeries to both his hips.  Yet third base remains the one position the Yankees don't have a clear plan to address, at least not when compared to catcher, right field, and the starting rotation.

So what's the deal?  What do Cash and the rest of the front office have in mind to address this seemingly under-considered roster hole? 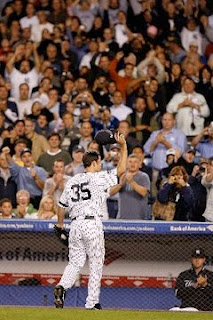 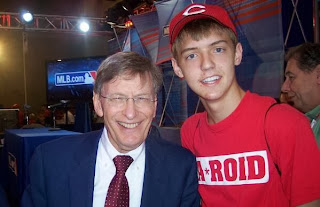 The amended lawsuit also included pictures designed to show evidence of Bud's alleged hatred for A-Rod, like the one above.  I've said it before and I'll continue to say it until every man, woman, and child on this planet acknowledges it.  No matter how you feel about A-Rod as a player or person, the comedic value of this whole situation cannot be understated.